MANDIC: CAMPS WERE ESTABLISHED BY ARMY AND LOCAL AUTHORITIES

Former Bosnian Serb justice minister Momcilo Mandic, testifying at the trial of Mico Stanisic and Stojan Zupljanin, claims the police had no jurisdiction over the camps and prisons for non-Serbs; the camps were established by the local authorities and the army, he says 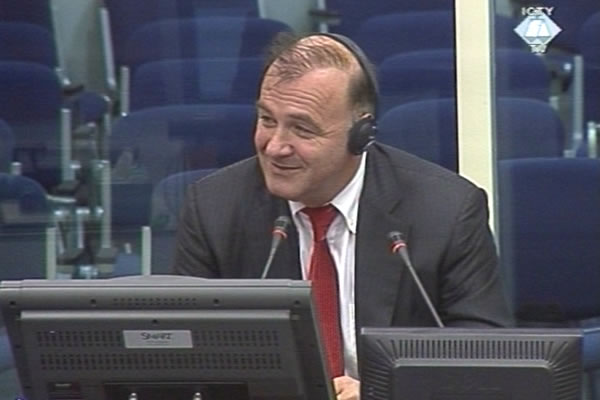 According to Mandic, most of the prisons were established by the army together with the local crisis staffs which ‘acted like small states’, as he put it. The government, which included the accused Mico Stanisic as the interior minister, tried to prevent this and set up a commission tasked with close down the local prisons.

The prosecutor showed the witness a decision issued by Radovan Karadzic in early August 1992, after the world media published the images from the Omarska and Trnopolje camps, ordering the ministries of the interior and justice to carry out inspections and report on the conditions in the detention facilities and treatment of prisoners of war. Prosecutor Korner put it to the witness that the police and justice system had to have a role in the running of the prisons, since Karadzic ordered them, and not the army, to report on the conditions. Mandic was adamant that the police had nothing to do with the prisons. Its task was to investigate, while the justice ministry provided the guards in the prisons in which the army detained civilians, as he claimed.

According to Mandic, the facility known as Planja’s house in Vogosca, where non-Serbs were allegedly abused and killed in 1992, was a military prison with a section that was under the jurisdiction of the justice ministry. He compared this situation to the Dutch prison in Scheveningen which houses the UN Detention Unit for the accused standing trial before the ICTY.

In his evidence, Mandic mostly could not recall who he talked to and about what in the intercepts whose transcripts were shown to him. In some of them, there is discussion on the exchanges involving hundreds of prisoners, but Mandic was today unable to recall what it was all about.

Prosecutor Korner showed the witness a transcript of the intercepted conversation with the president of the Ilidza municipality, Prstojevic, from June 1992, in which Mandic advises Prstojevic not to expel the local Muslims and ‘to give jobs to a few of them so that the Serbs can say they are giving jobs to people from other ethnic communities’. He claimed today he stood against the expulsions, describing his advice as ‘mild, political persuasion’ designed to put a stop to the expulsion of Muslims. ‘It is because of people like Prstojevic who talked up the Serbian cause and believed in a mono-ethnic state that many people ended up in prison here in Scheveningen now,’ Mandic claimed.

Momcilo Mandic will be cross-examined by the defense lawyers representing Stanisic and Zupljanin tomorrow.