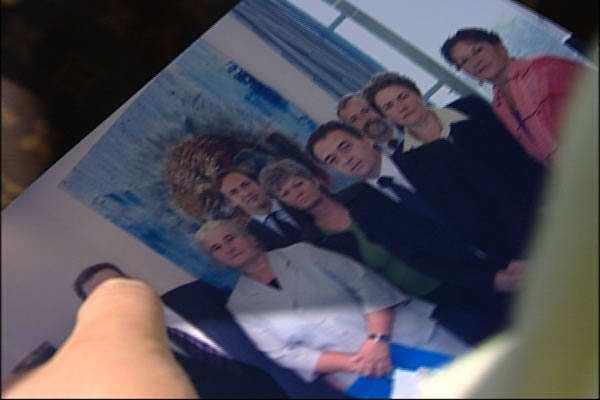 Predstavnici udruženja žrtava BiH u posjeti Tribunalu 2008. godine
The Special Chamber hearing the case against Florence Hartmann on contempt of court charges denied the request of three victims’ associations from BH to be granted the status of amicus curiae at the trial of the French journalist.

The Association of Mothers of the Srebrenica and Zepa Enclaves, The Association of the Concentration Camp Detainees and the Association of Women Victims of War submitted a request in early February 2009, asking to be granted status of amicus curiae in order to be able to provide the Special Chamber with ‘information which they consider relevant" for the trial of Ms. Florence Hartmann.

Florence Hartmann is charged with contempt of court because she disclosed - in her book Peace and Punishment and in an article published by the Bosnian Institute – the information about the decisions of the Appeals Chamber in the Slobodan Milosevic case granting the confidential status to documents of the FRY Supreme Defense Counsel issued during the war in Croatia and BH.

The Special Chamber says in its decision today that it has considered the argument of Bosnian victims’ associations to ‘supply information that relate[s] to the damages that both the victims and all the communities in the region have suffered because of the so-called protected archives and documents’. The protection, or confidential status, of those documents and archives, the three associations contend, has resulted in ‘the impossibility to prosecute suspected war criminals and compensate victims". The associations wanted to inform the Special Chamber of all those aspects acting as amici curiae.

The victims’ representatives also wanted to demonstrate to the judges how the proceedings against Florence Hartmann may ‘destabilize relations in the region, inflame the victims’ frustration and endanger the founding principles of the work of the ICTY’. As a result, the associations warned, ‘the trust in the ICTY and international justice might be lost’.

The Special Chamber, with Judge Moloto from South Africa and newly appointed judges Daqun from China and Guney from Turkey, ruled that "it would not be desirable for the proper determination of this matter to consider the submissions proposed in the request". Judges denied the associations’ request to be granted the status of amici curiae.

The Association of Women Victims of War sought the support for their requests from the Tribunal’s chief prosecutor Serge Brammertz in an open letter posted on the organization’s website.