‘PHANTOM MEETINGS’ OF RUGOVA AND MILOSEVIC

Adnan Merovci, Ibrahim Rugova’s personal secretary, described for the third time their ‘house arrest’ during the air NATO campaign in 1999. During that time, Rugova and Merovci were forced to meet with various Serbian officials 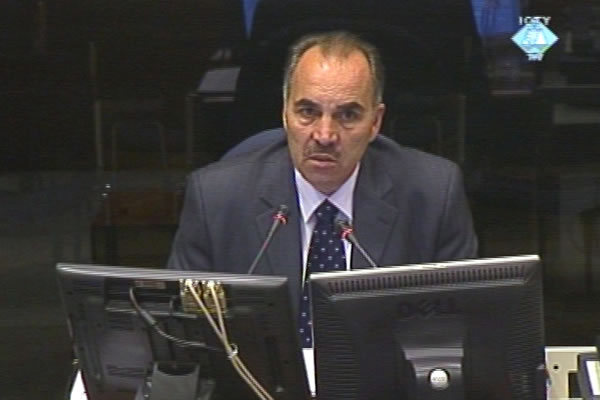 Adnan Merovci, svjedok na suđenju Vlastimiru Đorđeviću
Adnan Merovci, former personal secretary of the late Kosovo president Ibrahim Rugova, appeared today for the third time in The Hague. He already testified at the trials of Slobodan Milosevic and of Milan Milutinovic and five other Serbian officials. At the trial of the former Public Security Department chief Vlastimir Djordjevic, Merovci recounted once again how Rugova, himself and their families were placed under ‘house arrest’ during the air NATO campaign.

On 31 March 1999, the witness happened to be in the house of the informal Kosovo president Ibrahim Rugova when the police broke down the door. This marked the beginning of their one-month house arrest. During that time, Rugova and Merovci were taken to a number of ‘phantom meetings’ with various Serbian officials. This was done against their will, the witness claims.

First, on 1 April 1999, they were taken to Belgrade where they met the then FRY president Slobodan Milosevic. Then they met the Serbian president Milan Milutinovic and the deputy prime minister in the federal government Nikola Sainovic several times. Finally, after the meeting with Milosevic on 4 May 1999 Rugova and Merovci were allowed to leave the country. A few days after their arrival in Rome, Rugova and Merovci gave their first statements to the OTP investigators. They met with the OTP once again in 2000. Both Merovci’s statements and the transcripts of his evidence at the Milutinovic et al. trial were tendered into evidence today.

Numerous ‘agreements’ were signed at the meetings with Serbian officials, expressing ‘mutual commitment to the political process’ and calling for an end to the NATO campaign. Merovci explained that Rugova signed everything because he feared for his family. As the witness put it, Rugova never wanted to attend those meetings, let alone to sign joint statements. ‘It was a matter of life and death and we chose life’, the witness concluded.

Merovci claims that in all the meetings Rugova and himself expressed their concern about the ethnic cleansing of Kosovo by the Serbian military and police. When they were told that the people were fleeing because of the NATO air campaign, Rugova and Merovci asked why only the Albanians were leaving while Serbs stayed in their homes. Rugova and Merovci also asked why hundreds of thousands of refugees fled only from Kosovo and not from other parts of Serbia although the strikes were more or less equally intense everywhere. Milosevic, the witness said, would get agitated after their comments. Sainovic, the witness noted, would reply ‘with a smile’ that he ‘will try to solve it’.

In his cross-examination defense counsel Veljko Djuric asked barely any questions about the substance of Merovci’s evidence, using most of his time to discuss the demonstrations of Albanians students in 1981 and their demands that Kosovo be given the status of a republic within SFRY.