Milan Gunj, manager of the Rajac military resort, claims that Ratko Mladic and his entourage stayed in Rajac several times in the period from July 1997 to 2000. The witness has explained how food, personal hygiene items and other supplies Mladic needed were provided by the central military warehouse in Topcider, near Belgrade 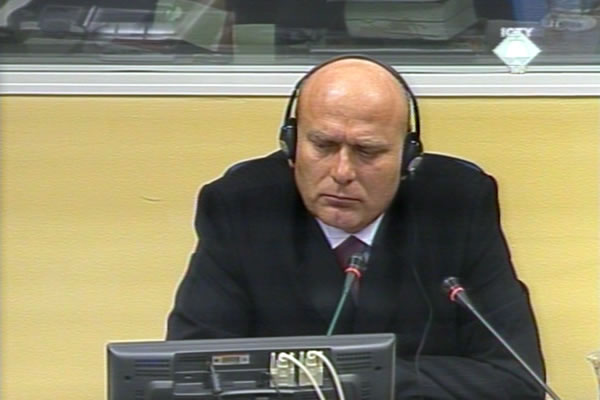 Milan Gunj, svjedok na suđenju Momčilu Perišiću
Through the evidence of Milan Gunj, manager of the Rajac military resort in Serbia, the prosecution wants to show that former chief of the VJ General Staff Momcilo Perisic continued to provide logistic support to Ratko Mladic, commander of the VRS Main Staff, long after the war. According to the witnesses, Perisic granted Mladic and his entourage of ten to fifteen men permission to stay in military resorts in Serbia.

Mladic first came to Rajac in June or July 1997, Gunj said; he stayed there ‘at least a month’. The witness talked with Mladic’s secretary Rajko Banduka and was told that their ‘supply of water, food and other items is restricted’. After that Gunj went several times to the central VJ warehouse in Topcider where he ‘was issued food, personal hygiene items and other things’ necessary for Mladic and his entourage.

According to the witness, after a month Mladic was moved to Stragari, another military resort; from there he would sometimes travel back to Rajac. General Perisic was among the top VJ officers that visited Mladic there.

Perisic, the indictment alleges, provided personnel, financial, logistic and other support to the VRS and the SVK and thus significantly contributed to the crimes committed in Sarajevo, Srebrenica and Zagreb from 1993 to November 1995.