MILUTINOVIC ACQUITTED, OTHERS GET FROM 15 TO 22 YEARS IN PRISON

According to the judgment handed down to the Kosovo Six, the prosecution has proven the existence of a joint criminal enterprise aimed at expelling Albanian civilians from Kosovo in 1999, but not all accused participated in the same way in the implementation of that goal. Milan Milutinovic has been acquitted of all charges. Nikola Sainovic and generals Pavkovic and Lukic have been sentenced to 22 years, and Dragoljub Ojdanic and Vladimir Lazarevic to 15 years in prison 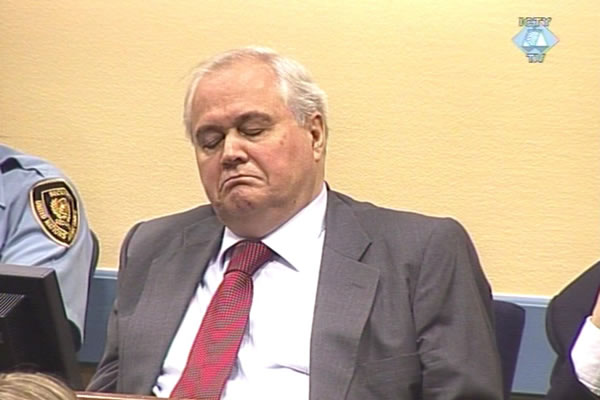 Milan Milutinović za vrijeme izricanja presude
The Trial Chamber with Scottish judge Iain Bonomy presiding handed down today the judgment to the six former Serbian officials charged with crimes in Kosovo. The judges found that there was a joint criminal enterprise whose objective was to expel the Albanian civilians from Kosovo in order to secure permanent Serbian control over the province. The judges found that there was a plan to deport and forcibly transfer the civilians but not to murder and sexually abuse civilians and destroy religious facilities. However, those crimes were a predictable consequence of the joint criminal enterprise. As for the role of the six accused in the war between January and June 1999 and their participation in the joint criminal enterprise, the Trial Chamber found that the degree of their involvement differed.

Former Serbian president Milan Milutinovic has been acquitted of all charges of deportation and forcible transfer of some 800,000 and murder of several thousands of Kosovo Albanians. The prosecution failed to prove that Milutinovic was exercised command over the VJ and Serbian MUP units who committed the Kosovo crimes. The Trial Chamber concluded that the Supreme Defense Council, which was in charge of the army, didn’t go into session after 23 March 1999. According to the Trial Chamber, Milutinovic, who was a member of the Supreme Defense Counsel as the Serbian president, didn’t have any de facto authority over the Serbian MUP. The judges' decision to acquit Milutinovic was in part influenced by their belief that the evidence didn’t prove that Milutinovic had ‘close ties’ with FRY president Slobodan Milosevic although they did meet during the NATO campaign in 1999.

[IMAGE]3955[/IMAGE]Nikola Sainovic, deputy federal prime minister, was much closer to Milosevic, one of ‘his closest and most trusted men’, the judgment noted. The Trial Chamber concluded that he, as the head of an informal body called the Joint Command, had had de facto authority over the military and police units who perpetrated crimes on Kosovo. Sainovic, the judgment noted, shared the intent of the joint criminal enterprise to deport Kosovo Albanians and he could have predicted that numerous other crimes – such as murder and destruction of religious facilities, but not rapes – would occur as a consequence of such a campaign. Sainovic was sentenced to 22 years.

Although the judges concluded that former chief of the General Staff Dragoljub Ojdanic didn’t take part in the joint criminal enterprise, he was sentenced to 15 years. According to the judgment, Ojdanic provided support and assistance to the VJ units he knew would be involved in the deportation of Kosovo Albanians. The judges ruled that when he learned about the VJ crimes in Kosovo, Ojdanic took some steps to prevent the crimes and prosecute perpetrators. Ojdanic, however, continued to issue orders to units participating in the crimes being committed in the province.

The highest-ranking VJ commander in the field in the spring of 1999, Nebojsa Pavkovic, who commanded the 3rd Army, got 22 years in prison. The Pristina Corps commander Vladimir Lazarevic, Pavkovic’s subordinate at that time, was sentenced to 15 years. The judgment states that Pavkovic was a member of the joint criminal enterprise and that he substantially contributed to its implementation. According to the judges, Pavkovic could foresee that the VJ forces would murder and rape people and destroy places of worship. The evidence, the judges noted, pointed to Pavkovic being close with Slobodan Milosevic and to his participation in the political decision making process regarding Kosovo. Unlike Pavkovic, Vladimir Lazarevic, was found guilty of contributing to the joint criminal enterprise but not for taking part in it.

Police general Sreten Lukic received a sentence of 22 years in prison because, as the judges noted, in the spring of 1999 he had control over all units of the MUP Public Security Department on Kosovo. This is why Lukic was a major participant in the joint criminal enterprise whose goal was to deport Kosovo Albanians. The judges found that Lukic could foresee that the units under his control would murder civilians and destroy religious facilities. Lukic was also identified as one of the high-ranking officials who attended the meetings of military and police leadership in Belgrade when plans for Serbian and FRY actions on Kosovo were devised.

The Trial Chamber issued the order to release Milan Milutinovic, while the other five will remain in the UN Detention Unit pending their transfer to countries where they will serve their sentence or until the completion of the appellate proceedings.