PRLIC’S VISION OF BOSNIA AND HERZEGOVINA

As the cross-examination of former Herceg Bosna finance minister Neven Tomic continues, the prosecution notes that Prlic based his vision of BH on the establishment of three ethnic units. Croats were settled on purpose in areas where Croat majority had to be secured 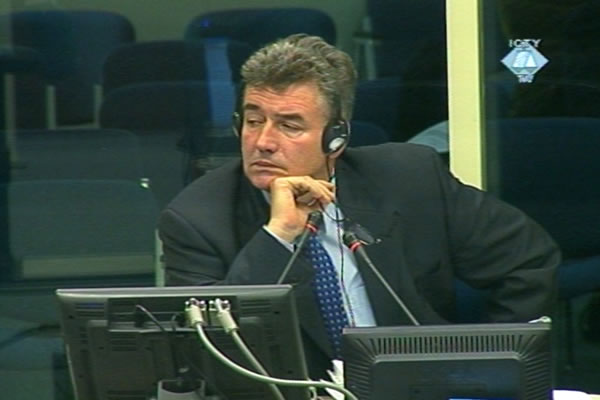 Neven Tomic, defense witness for Jadranko Prlic
As the defense of former Herceg Bosna prime minister Jadranko Prlic continues its case, Prlic’s close friend and long-time associate Neven Tomic returned to the stand. The former finance minister in the Bosnian Croat government was examined in chief earlier this month. However, since the prosecution was not able to complete the cross-examination, the witness had to come back to The Hague today.

Prosecutor Kenneth Scott implied that Bosnian Croats advocated three ethnic units as the basis of the BH state. The three units were to have the Croat, Serb and Muslim majority respectively. As the prosecutor alleged, the HVO implemented demographic policies designed to settle as many Croats as possible where they wanted to achieve the Croat majority; at the same time, the Muslim population would be moved out. According to the transcript of the meeting of Bosnian Croat leaders with Franjo Tudjman on 24 November 1995, Prlic said that the Croats in Herzegovina ‘should secure their territory where they wanted to maintain their majority’. The witness confirmed that Prlic’s vision of BH was based on the establishment of three ethnic units, but he denied that the HVO implemented the policy designed to concentrate the Croats in some areas to ensure their majority.

The prosecutor quoted Tudjman’s words who commented on the signing of the Washington accords saying that the agreement brought the Croats ‘not only Herceg Bosna but half of Bosnia Herzegovina’ provided they are able to rule ‘wisely’. As the witness clarified, the Croatian president's statements were in fact an expression of his support to the Bosnian Croats and his ‘message’ that the Croat question should be solved by uniting with the Muslims within the BH Federation.

The prosecutor went on to argue that Jadranko Prlic played a role in the negotiations with RS leadership about prisoner exchanges and other major issues in the course of Croat-Muslim conflict. This indicates Prlic was not merely the first among the equals in the Bosnian Croat government but that he had the power to influence the course of events. The prosecutor then put it to the witness that during the conflict with Muslims, Croats did not fight Serbs. The Croats needed the peace to ensure safe passage of Croats from Central Bosnia to Herzegovina thorough the Serb territory. This dovetails with the prosecution argument that the demographic policy and the ethnic cleansing of Croats from Central Bosnia, was implemented to ensure the majority they needed in other areas.

The cross-examination of Neven Tomic will be completed tomorrow; he might then be re-examined by Prlic’s defense counsel Michael Karnavas.