WHAT KIND OF A NAME STARTS WITH ‘ABU’?

Hajrudin Hubo, former chief of personnel service in the 3rd Corps, testifies at the trial of Rasim Delic. The El Mujahid Detachment didn’t provide information about its members despite requests to do so, he says. What information they did send was incomplete and absolutely useless. ‘What kind of information is it when every name start with Abu’, the witness says 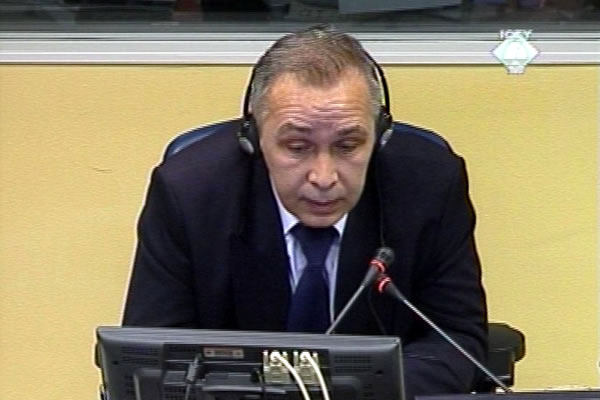 Hajrudin Hubo, defense witness for Rasim Delic
Hajrudin Hubo’s evidence confirmed the argument of General Delic’s defense that the El Mujahid Detachment was not a part of the BH Army chain of command . Former chief of personnel service in the 3rd Corps says the detachment didn’t carry out the orders like other subordinate units. In his words, the Mujahideen never provided the requested information about its members, such as their first and family names, passport numbers, where they came from, military experience and education. ‘We were trying to get this information all the time, but to no avail’, the witness said.

In his examination-in chief, Hubo stated that in 1995 he went to the command of the El Mujahid Detachment in Zenica twice, but on both occasions he was not allowed to enter. He recollected that he was accompanied by Agan Hasagic, the then assistant commander for security with the 3rd Corps. When the Mujahideen had something to communicate, the witness recounted, they usually sent Muriz Supic, a local member of the detachment. When they asked Supic about the detachment, he would say that ‘somebody else should be asked’ and that would be it.

The Mujahideen did provide some information to the Corps command about the members of the detachment but according to the witness, it was incomplete and absolutely useless. ‘What kind of information are we talking about when every name starts with Abu’, the witness asked. As a previous witness explained to the court, ‘Abu’ means ‘father’ in Arabic, and it is prefixed to the first name to denote that somebody is named after his father.