NO POLITICAL WILL TO DEAL WITH CRIMINALS IN BH ARMY RANKS

General Vahid Karavelic contends that the BH Army was ready to deal with disobedient individuals in its ranks but there was no political will to do so. According to the witness, the accused General Delic informed Izetbegovic and members of the presidency about the problems the BH Army faced, but ‘he seldom got answers’ 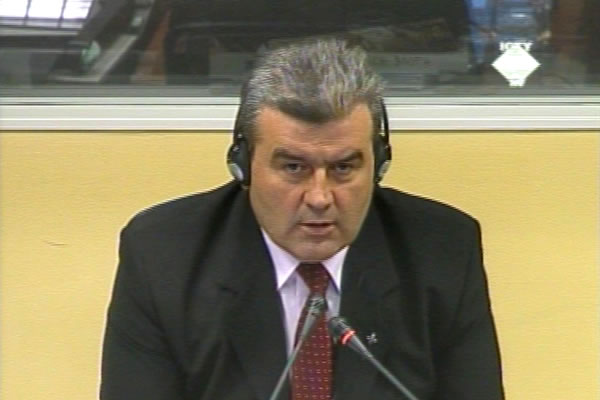 Vahid Karavelic, defense witness to Rasim Delic
General Vahid Karavelic continued his evidence at the trial of former commander of the BH Army General Staff, Rasim Delic today. According to Karavelic, he and other military commanders demanded that measures be taken against the disobedient units. However, ‘there was no political will’ to comply with these demands.

Operation Trebevic was launched on 26 October 1993 against parts of the brigades commanded by Musan Topalovic Caco and Ramiz Delalic Celo. According to the establishment, they were under the command of the witness but, as Karavelic said, they were ’close to Sefer Halilovic’. According to the witness, the operation could have been carried out earlier had they not waited for BH president Alija Izetbegovic, the BH Army commander-in chief, to give the go-ahead.

General Karavelic did not pull punches in his effort to describe the lack of tolerance between him and the two war commanders. The judges, however, were more interested in the actual results of the operation and the role the accused Delic played in the attempt to deal with the criminals in the BH Army ranks. When Judge Lattanzi asked him if Delic had informed the Supreme Command – Izetbegovic and other members of the Presidency – about the lack of discipline in the BH Army and demanded that the problem be solved, the witness confirmed that this was the case, adding that Delic ‘on most occasions got no answer’.

The defense went on to note that even after October 1993, the BH Army continued to deal with the disobedient units and that part of Operation Trebevic III targeted a group of foreign fighters called ’Gerila’, operating in Central Bosnia.

The defense used General Karavelic's evidence to highlight the difficult situation in Sarajevo in the summer of 1993. As the witness said, Sarajevo ’was hanging by a thread’ because of intensive attacks launched by Serbian forces in an effort to break through the defense lines and take the city. The defense also pointed to the fact that the communication between the General Staff and the subordinate command was disrupted.

After the defense completes Vahid Karavelic’s examination-in chief tomorrow, Karavelic will be questioned by the prosecution.