DOGS OF WAR IN BILJANSKA VALLEY

Halim Husic continues his evidence at the trial of General Rasim Delic. Former deputy commander for morale in the BH Army 306th Mountain Brigade says the foreign fighters deployed in the Biljanska valley in 1992 and 1993 were ‘dogs of war’ who ‘committed organized looting and robberies’ 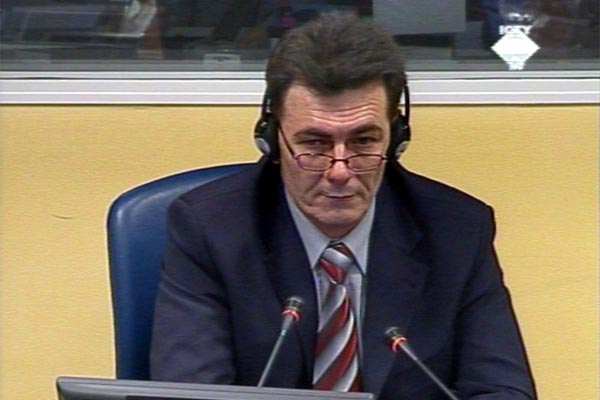 Halim Husic, defense witness for Rasim Delic
Halim Husic, history professor at Gazi Husrev-beg religious school in Sarajevo, continues his evidence at the trial of the former commander of the BH Army General Staff, Rasim Delic. Husic called the fighters deployed in the Biljanska valley near Travnik in 1992 and 1993 ‘dogs of war’. ‘They engaged in organized looting and robberies’, the witness stated, adding that the members of his brigade tried to put them under their control. That is why the Mujahideen saw them as enemies.

The Biljanska valley was in the area of responsibility of the BH Army 306th Mountain Brigade, where Husic served as deputy commander for morale. Husic confirmed the defense argument that in the summer of 1993 several groups of foreign fighters operated in that area independently of one another and of the BH Army. As he stated yesterday, in the Biljanska valley there were foreign fighters who came to Mehuric from Zagreb with the ‘Zengas’, a group led by Midhat Puric Hadzija. There were also several groups of foreign fighters who would come and go. Husic mentioned a group of Turks who called themselves ‘Guerilla’, the Mujahideen from Guca Gora and foreigners around an Arab fighter called Abu Zubeir.

The witness confirmed that in April 1993, 306th Brigade tried to implement the order issued by the 3rd Corps command to ‘liquidate all armed formations that have not become part of the BH Army in that area’, including the Mujahideen, but the attempt failed. ‘We couldn’t use force, and there was no other way’, the witness noted, clarifying that every armed intervention against the Mujahideen at that time would mean the beginning of an internecine war between the Muslims living there. Foreign fighters had substantial support of local population, civilian authorities and some religious leaders, the witness explained.

According to Husic, renegade members of the 7th Muslim Brigade headed by Ramo Durmis were also active in the Biljanska valley together with the ‘uncontrolled’ foreign groups. For a while, they misrepresented themselves as members of the BH Army, but in fact they had joined a Mujahideen group, the witness said. They didn’t have contact with them or with any other foreign fighter groups except for the group from Mehuric.

Husic denied the involvement of BH Army members in the kidnapping and killing of twenty-five Croatian soldiers and civilians from the village of Maljine on 8 June 1993, listed in the indictment against general Delic. According to the defense, masked fighters from one of the ‘uncontrolled’ groups kidnapped these men from the military police. According to the witness, the military police officers reported the incident to the brigade command on 15 June 1993, and took measures to find the perpetrators but to no avail.