CAPTURING OF VRS SOLDIERS IN VILLAGE OF KESTEN

Ahmet Sehic, former commander of the 5th Battalion in the BH Army 328th Mountain Brigade, testifies at the trial of General Rasim Delic. Members of his battalion captured a group of some fifty VRS soldiers on 11 September 1995 in the village of Kesten on Mount Ozren 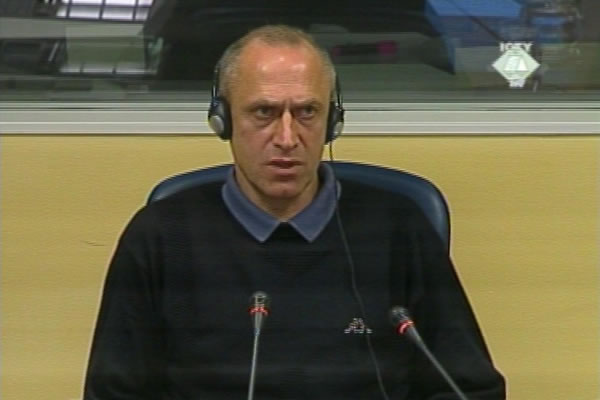 Ahmet Sehic, witness in the Delic trial
Ahmet Sehic, former commander of the 5th Battalion in the 328 Mountain Brigade, 35th Division, 3rd Corps in the BH Army, testifies at the trial of general Rasim Delic. He confirmed that his soldiers captured a group of some fifty VRS soldiers in the village of Kesten on Mount Ozren on 11 September 1995.

In the first part of his evidence, the witness said he had been told that day by some 2nd Company troops about fifty enemy soldiers who had been captured and kept in the village of Kesten. When he received this report, the witness claims he called Fuad Zilkic, the commander of the 328th Brigade, asking him to provide a truck to transport the prisoners to the location where all the prisoners were to be gathered, ‘somewhere near Zavidovici’. Zilkic ordered him to go to Kesten by himself to make sure that everything ‘is done in a proper military way’, according to the rules. Zilkic also promised to send him a truck, saying he would inform the military police and the superior command in the 35th Division.

On his arrival to Kesten, Sehic was told by his deputy, who was in the village, that the 2nd Company troops ‘have problems with the Arabs who want to take the prisoners’. His deputy also told him that at one point he was ‘forced to chamber a round in his gun’ and point it at one of the Arabs in an effort to protect the captured VRS soldiers.

According to the indictment against Rasim Delic, former commander of the General Staff, BH Army troops handed over to the El Mujahid Detachment about 60 captured Serb soldiers and civilians, including three women, on 11 September 1995 in the village of Kesten. The prisoners were allegedly taken to the El Mujahid Detachment camp in Gostovic. After that, they disappeared without a trace and are presumed dead.

The witness continues his evidence on Monday.