General Dragomir Milosevic’s defense claims that taking photos and securing the crime scene is “the police’s sacred duty”. Vekaz Turkovic, former crime scene technician in the Sarajevo Security Services Center, believes that human lives are the priority. Turkovic is a prosecution witness called to prove that the terror campaign in Sarajevo was systematic and wide-spread 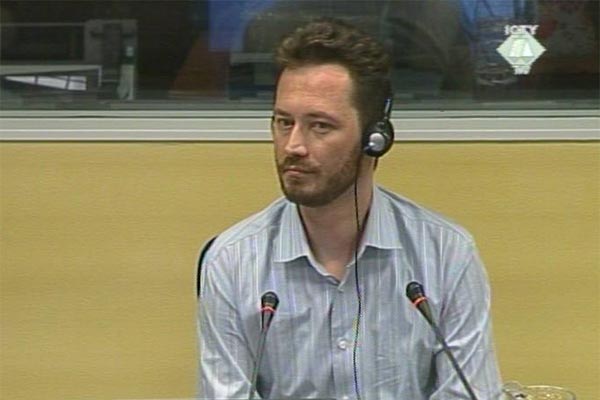 Vekaz Turkovic, witness in the Dragomir Milosevic trial
General Dragomir Milosevic is charged with conducting an extended shelling and sniper campaign against the civilian population of Sarajevo from August 1994 to November 1995. In that period, he was the commander of the Sarajevo-Romanija Corps. According to the indictment, the main purpose of this campaign was to spread fear among the citizens of Sarajevo. It resulted in thousands of dead or severely injured persons.

In order to demonstrate the systematic and widespread nature of the attacks on civilians, the prosecutor called Vekaz Turkovic, a crime scene technician from the Sarajevo Security Services Center. The prosecutor wanted to tender through this witness a spreadsheet listing 218 incidents from 1994 and 1995. The police did on-site investigations in all of these incidents.

Since Turkovic worked only on a few of the investigations on that list, General Milosevic’s defense objected to the admission of the document into evidence. The Trial Chamber decided to admit the spreadsheet into evidence noting that it would be given limited weight because the witness couldn’t confirm the authenticity and reliability of the information they contained. Judge Robinson said that the list of sites where the Sarajevo police responded would serve solely to demonstrate that there was a large number of victims and incidents.

Vekaz Turkovic carried out on-site investigations after the explosions of modified air bombs in Hrasnica on 1 July 1995 and in Bjelasnicka Street on 23 July 1995. He never saw a modified air bomb, but he claims that he heard the sound of it being launched in Dobrinja. After that he followed its trajectory by the sound it made.

In his cross-examination, General Milosevic’s defense counsel noted that the photos of the dead bodies at the crime scene had not been taken. In his view, it is “a sacred duty of a CID inspector”. The witness replied that the citizens who had been at the crime scenes usually tried to help victims and wanted to get them to hospital as soon as possible. Often they did not wait for the arrival of the police or the on-site investigation procedure to finish. According to him, saving human lives was a priority, not taking of photos and securing a crime scene.

When Turkovic finished his testimony, Martin Bell took the stand. Bell is a former BBC war correspondent who visited Sarajevo several times in the period from April 1992 to the end of war.