Only life sentence would ‘fully reflect criminal responsibility of the accused’ charged with ‘some of the gravest crimes ever tried before the Tribunal’, notes Stefan Waespi, senior trial attorney for the prosecution, in his closing argument today 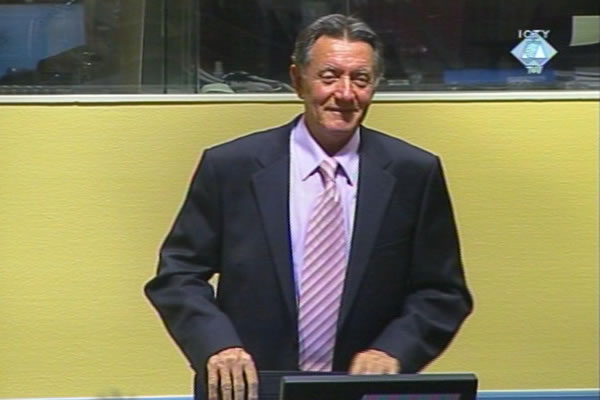 Dragomir Milosevic in the courtroom
The prosecution called for life sentence for General Dragomir Milosevic, former commander of the VRS Sarajevo-Romanija Corps. Milosevic is charged with artillery and sniper campaign against Sarajevo between August 1994 and the end of the war in Bosnia and Herzegovina. Stefan Waespi, senior trial attorney for the prosecution, concluded in his closing argument that this was the only sentence that ‘could fully reflect the criminal responsibility of the accused’, charged with ‘some of the gravest crimes ever tried before the Tribunal’.

The prosecutor reminded the Chamber of the fact that general Stanislav Galic, who commanded the SRK before General Milosevic, was sentenced to life by the Appeals Chamber. He was tried for the first round of the artillery and sniper campaign against Sarajevo between September 1992 and August 1994. Noting the ‘similarity between the two cases’ he said that the sentences should be similar. Milosevic’s responsibility is not lesser than that of Galic as he was the chief of staff of the Sarajevo-Romanija Corps before he was made commander in August 1994, the prosecutor contends. Milosevic not only continued the ruthless terror campaign he inherited from Galic but expanded it with the introduction of modified air bombs, ‘a highly destructive, inaccurate weapon of no legitimate military value’, the prosecutor went on to say. The prosecution thinks there are no mitigating circumstances. The terror against the citizens of Sarajevo and the command position of the accused should be taken by the Chamber as aggravating circumstances when it deliberates on the sentence.

In their closing arguments, prosecutors John Docherty and Manoj Sachdeva pointed to the key evidence reflecting the responsibility of the accused for the shelling and sniping incidents listed in the indictment, while Carolyn Edgerton focused on the terror. Answering the judges’ questions, Edgerton defined terror as ‘a deliberate deprivation of the feeling of safety’ of Sarajevo citizens and ‘the primal fear people feel when see someone get killed and when they don’t know who would be the next victim’.