Accused Dragan Zelenovic publicly apologized today to the victims of his crimes at the sentencing hearing. Former Foca police officer pleaded guilty to rape of Bosniak girls and women but said today that he learned the lesson of the biblical message that the truth was not something to be afraid of. The prosecution calls for 10 to 15 years in prison while the defense suggests a sentence of 7 to 10 years. 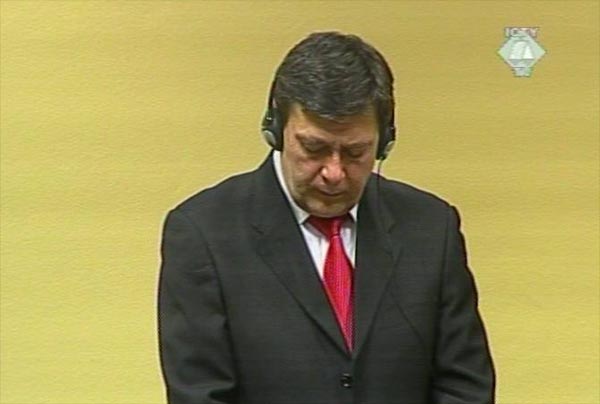 Dragan Zelenovic pleading guilty for multiple rape and abuse charges where the victims were Bosniak girls in Foca
Dragan Zelenovic today publicly apologized to his victims. Late last year, Zelenovic, a former police officer from Foca, pleaded guilty to seven counts in the indictment charging him with rape of Bosniak girls and women in Foca in 1992.

In his brief address to the Trial Chamber at today's sentencing hearing he said that he had pleaded guilty having learned the biblical lesson that the truth was not something to be afraid of. He added that he was aware of the fact that "no sentence could erase the trauma the victims undeservedly suffered".

Presiding judge Moloto wanted to know when exactly the accused started to feel remorse. It happened when he was indicted, Zelenovic replies. At that moment, he started to believe in God, he added.

When asked why, if he already felt remorse, he decided to escape to Russia in August 2001 instead of turning himself to the Tribunal, Zelenovic answered that he was advised by "some people from Russia" in Belgrade. They also provided him with an "original" passport. Judge Alphons Orie commented that he couldn't understand how the documents could be original if the name was forged.

Zoran Jovanovic, Zelenovic's defense counsel pointed to mitigating circumstances that the Chamber had to take into account when deciding what sentence to impose. Zelenovic's admission that rapes did happen in BH "is of great importance", Jovanovic said, adding that in his view, it can be regarded as "a contribution to the reconciliation process".

On the other hand, the prosecution believes that the Chamber should bear in mind the gravity of the offences the accused committed when considering the sentence, regardless of the guilty plea and the fact that the victims were spared the ordeal of giving evidence and coming face to face with the accused.

Zelenovic pleaded guilty in January 2007 to seven counts in the indictment charging him with rape and torture of Bosniak women in Foca in 1992. Among his victims was a 15-year old girl. The prosecution called for a 10 to 15 years sentence while the defense suggested 7 to 10 years in prison. The recommendations are not binding on the Trial Chamber and it can impose either a harsher or a milder sentence.