DOMAGOJ MARGETIC SENTENCED TO THREE MONTHS IN PRISON AND FINED € 10,000

Croatian free-lance journalist was found guilty of “particularly egregious” contempt of court, for deliberately publishing confidential information about a number of witnesses “with reckless disregard for the safety of witnesses”. He thus dissuaded the witnesses from cooperating with the Tribunal. After the sentencing, Margetic was taken to the UN Detention Unit 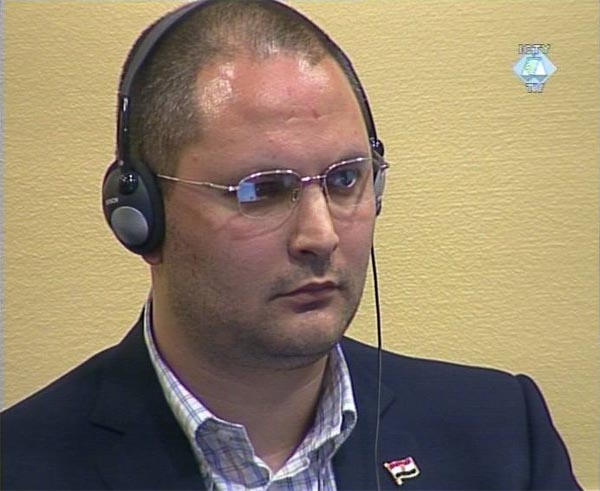 Domagoj Margetic during sentencing
Domagoj Margetic, a free-lance journalist from Croatia, was found guilty today of contempt of court and was sentenced to three months in prison and fined € 10,000.

Margetic was charged with contempt of court after he published a confidential list with the names of all 48 protected witnesses in the trial of Tihomir Blaskic on his website last summer. Nearly half of the witnesses gave evidence in closed session. At the two-day trial in November and December 2006, Margetic’s defense counsel maintained that the ICTY lacked jurisdiction to prosecute journalists violating its orders. The defense tried to prove that Margetic was "justifiably misled" when he published the witness lists as he believed they were no longer confidential.

In the judgment delivered today, the Trial Chamber, with Judge Alphons Orie presiding, dismissed all the arguments presented by the defense finding that this was a case of "particularly egregious" contempt of court. The accused deliberately published the confidential information related to a number of witnesses with reckless disregard for their vulnerability and safety. In deciding what sentence to impose, the Chamber took into account the physical and mental trauma and other consequences suffered by at least three protected witnesses in the Blaskic case, after their identity was made public. When Margetic violated the Tribunal’s orders, he exposed the protected witnesses to threats, intimidation and possible injury, interfered with the witnesses and dissuaded them from further cooperation with the Tribunal. Future witnesses will be reluctant to give their evidence fearing their identity might be made public.

[IMAGE]2454[/IMAGE]The Trial Chamber rendered the judgment and ordered that Margetic be immediately transferred to the UN Detention Unit. Margetic was in custody for 34 days in Croatia pursuant to an order issued by the ICTY, and this time will be credited to him. The Registry was ordered to assist the accused to get in touch with Veljko Miljevic, his defense counsel, as soon as possible. Miljevic was not present at the sentencing. If Miljevic cannot be reached, the Registry must assign Margetic temporary defense counsel at the expense of the Tribunal.