Unlike Milosevic, who never left any trace in Ratko Mladic's personnel file, two other FRY presidents passed decrees which promoted the former VRS commander, now a fugitive of international justice; this corroborates the allegation that he was de iure under their supreme command 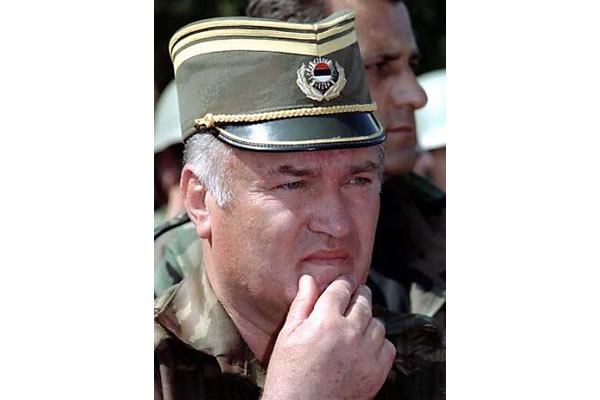 Ratko Mladic
The Trial Chamber decided today to admit into evidence Ratko Mladic's personnel file as a prosecution exhibit in the case of Slobodan Milosevic. The judges concluded the document was "relevant and had evidentiary value."

The document covers Mladic's career from the time he graduated from the Military Academy in September 1965 until February 2002 when he was "discharged from professional military service" by a decree of the RS president. It is interesting to note that it contains no trace of any influence by Milosevic in Mladic's climb up the military career ladder while the former was the FRY president. There is evidence, however, that the other two FRY presidents – Zoran Lilic and Vojislav Kostunica – did just that.

Ratko Mladic received early promotion on 16 June 1994 to the rank equivalent to four-star general, by a decree of Zoran Lilic, the then president of the FR Yugoslavia. This means quite clearly that Zoran Lilic was in fact Mladic's commander-in-chief, not Radovan Karadzic. Karadzic had in fact tried on several occasions to remove Mladic from his post. Heads of state can bestow decorations on commanders of armies in friendly states, but not promote them. Only their commander-in-chief can do that.

Vojislav Kostunica is the other FRY president whose actions have left trace in the personnel file of the former VRS commander, now a fugitive from the ICTY. In his decree of 16 June 2001, Ratko Mladic is removed from the records of professional soldiers of the Yugoslav Army. His future status, as the decree noted, would be "regulated in accordance with the provisions of the Agreement on the Establishment of Special Parallel Relations between the FRY and Republika Srpska."

This is the first time Republika Srpska is mentioned in Mladic's personnel file. The second and the last time it is mentioned is in the decree issued by the RS president, discharging Mladic from professional military service, on 28 February 2002. Mladic's purported commander-in-chief, former RS president Radovan Karadzic, never left any trace in the personnel file. The OTP is using this file to prove that the former VRS commander was in fact under the command and control of Belgrade.