Generals Vladimir Lazarevic and Sreten Lukic are joined in the UN Detention Unit by General Nebojsa Pavkovic. Of the four persons accused of the crimes in Kosovo in 1999, only General Vlastimir Djordjevic, former chief of the Public Security Sector in the Serbian MUP, remains at large 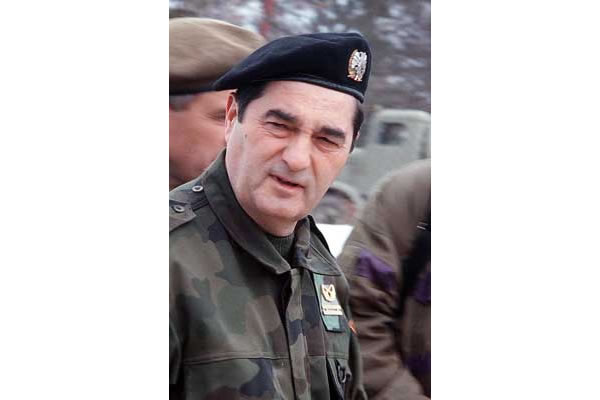 Nebojsa Pavkovic
General Nebojsa Pavkovic has been transferred to the UN Detention Unit – it was announced this afternoon at the ICTY. During the time covered by the indictment, General Pavkovic commanded the 3rd Army, his area of responsibility included Kosovo.

Three of the four VJ and Serbian police generals, charged by the OTP with mass murders and deportation of Albanian civilians in Kosovo between 1 January and 20 June 1999, are now in detention. General Vladimir Lazarevic, former commander of the VJ Pristina Corps, surrendered three months before Pavkovic, while General Sreten Lukic, who commanded the MUP forces deployed in Kosovo, arrived in The Hague early this month.. Only General Vlastimir Djordjevic, the then assistant interior minister and chief of the Public Security Sector, remains at large.

The indictment against the four generals, issued in October 2003, is identical with the previous Kosovo indictment against their superiors: Slobodan Milosevic (currently on trial) and Milan Milutinovic, Nikola Sainovic and Dragoljub Ojdanic who have been provisionally released pending trial. They are all charged with the deportation and forcible transfer of about 800,000 Kosovo Albanians in the first half of 1999, mass murders of civilians in some fifteen locations throughout Kosovo, and for the persecution of Kosovo Albanians on political, racial and religious grounds.

The Office of the Prosecutor is expected to file an application for the joinder of the two identical Kosovo indictments soon, in order to be able to try Pavkovic, Lukic and Lazarevic (and Djordjevic, if he shows up in The Hague on time) together with Milutinovic, Sainovic and Ojdanic.

The date of General Pavkovic’s initial appearance before a Tribunal judge will be made known later.