MURDERS AND DETENTION IN VLASENICA

The prosecution is trying to prove that the key decisions in Vlasenica in 1992 – pertaining to civilian and military issues and to the Susica camp – were taken by the municipal Crisis Staff, composed of SDS members. The accused Momcilo Krajisnik was a top figure in the party. 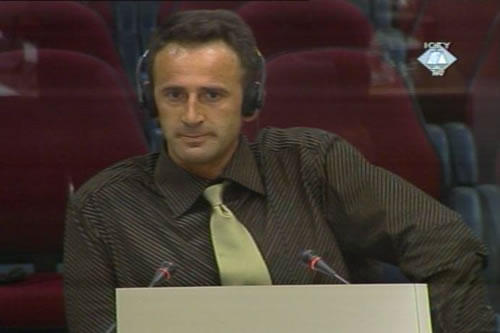 Ibro Osmanovic, witness in the Krajisnik case
Ibro Osmanovic from Vlasenica went through four prisons and camps in 1992. He was beaten and taken to do forced labor. Almost all members of his family ended up in a camp.

The prosecution is presenting evidence about the crimes committed against the civilian population in the municipalities in which the Serb forces took over power in the spring of 1992, trying at the same time to establish a link between the events on the ground and the political leadership which included the accused Krajisnik.

Witness Osmanovic states that all the key decision in Vlasenica – pertaining to civilian and military issues and the Susica camp – were taken by the municipal Crisis Staff, composed of SDS members.

As the witness stated, most of the Bosniaks left or were expelled from Vlasenica by the end of 1992; part of the population was killed. 1,360 people are still missing.

Since the beginning of the trial in February 2004, the prosecution has presented evidence about the crimes in the municipalities of Bratunac, Brcko, Kljuc, Sanski Most, Bosanski Novi and Kotor Varos. This week it is focusing on the events in Vlasenica and Pale. Krajisnik is charged with genocide, that is planning and aiding in the partial destruction of Bosniaks and Croats. This end, as the prosecutor alleges in the indictment, was achieved through the persecution of civilians in 37 municipalities in BH, "in a recognizable pattern" of killing, abuse and detention.