NEW STANDARD OF PROOF FOR GENOCIDE 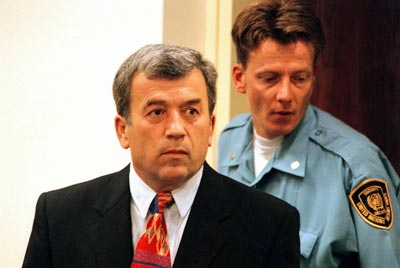 Radoslav Brdjanin in the courtroom
The most recent decision of the Appeals Chamber in the Radoslav Brdjanin case is likely to have a substantial impact on all the current and future proceedings involving the genocide charge before the Tribunal. The decision, made public late last Friday, has caused a lot of uncertainty, and we will therefore try to present its salient points as clearly as possible, while also presenting the background.

Last year, at the end of the prosecution case, the defence of Radoslav Brdjanin filed the motion for judgment of acquittal on the counts of the indictment that, in the view of the defence, the prosecution had failed to prove beyond reasonable doubt. Among other counts, the defense moved that Brdjanin be acquitted on counts 1 and 2, charging him with genocide or complicity in genocide in north-western Bosnia and Herzegovina.

Last November, the Trial Chamber decided to grant the defence motion in part, acquitting Brdjanin on count 1 (genocide) but only in the "context of the third category of liability" for participants in a joint criminal enterprise. At the same time, the Chamber stated that there are sufficient grounds to continue the prosecution for the first two categories of liability, in other words, that the prosecution had presented sufficient evidence, firstly, about the existence of a plan to commit genocide and, secondly, sufficient evidence that Brdjanin participated in it with the "specific intent" and that he "knowingly furthered the crime of genocide".

The standard of proof for the "third category of liability" is substantially lower: the prosecutor needs only to prove the awareness on the part of the accused that genocide could be the "natural and foreseeable consequence" of the joint criminal enterprise, and not that the accused acted himself with the specific "genocidal intent" and "knowledge". The Trial Chamber was of opinion that the lower standard is "incompatible" with the express requirement that the accused charged with genocide acted with the intent to destroy an ethnic or religious group in whole or in part.

In order to find an accused guilty of any crime, it is stated in the Appeals Chamber decision, he "need not be shown to have intended to commit the crime or even to have known with certainty that the crime was to be committed." Rather, it is sufficient to show that the accused entered into a joint criminal enterprise to commit certain crimes while he was aware that other crimes, in addition to those agreed upon, i.e., crimes which have not been planned or agreed upon, could be committed. If the other crime is genocide, the Appeals Chamber concludes, it is up to the prosecution to prove that it was "reasonably foreseeable" to the accused not only that the crime would be committed but that it would be committed with genocidal intent.

The Appeals Chamber ruled on the appeal unanimously; however, Judge Shahabuddeen issued a separate opinion in which he went one step further than the other members of the Appeals Chamber. It is his opinion that an accused who willingly takes part in a joint criminal enterprise, although he is aware that genocide could be its "natural and foreseeable consequence" thereby in fact exhibits his genocidal intent "in the specific circumstances of the third category of joint criminal enterprise". In other words, Judge Shahabuddeen concludes, "his intent to commit the original crime included the specific intent to commit genocide also if and when genocide should be committed."

The most recent decision of the Appeals Chamber could have an impact on the fate of the genocide charge in the Slobodan Milosevic case. The amici curiae have moved that Counts 1 and 2 be dropped from the Bosnia and Herzegovina indictment. In these counts Milosevic is charged with genocide and complicity in genocide. The amici consider that the prosecution has failed to prove his "specific intent" to destroy and ethnic or religious group as such.

The Prosecution response, in which it will try to counter the claims made by the amici curiae, will be made public within the next few days.