THE GENTLEMAN FROM THE OTHER SIDE

A sketch for the portrait of Geoffrey Nice, lead prosecutor at the Milosevic trial 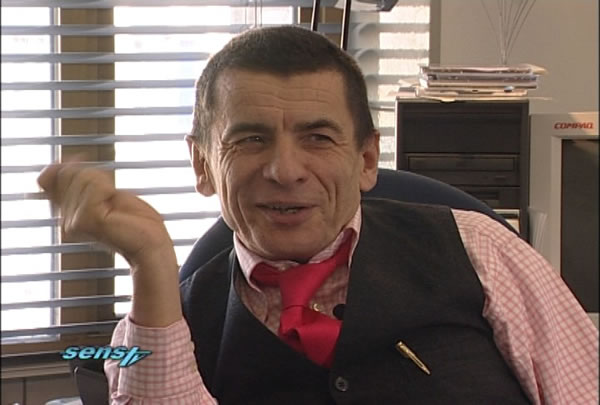 Geoffrey Nice, chief prosecutor at the Slobodan Milosevic trial
A well-known lawyer from Zagreb who, as defence counsel, fought hard legal battles with Geoffrey Nice at an earlier trial before the Tribunal, describes him as an "excellent prosecutor" and “a great improviser in situations when he may not be prepared very thoroughly." Sometimes, he adds, Nice can be a "rogue" and "use tricks” he might have picked up when he was a student in the former Yugoslavia.

Geoffrey Nice, also known since the beginning of Milosevic trial as the "gentleman from the other side", sat on all the seats in the courtroom in his 33 years long legal career, except in the dock. He was a prosecutor, a defence counsel, a judge and presided over court investigations. The opportunity to appear in the courtroom in different roles is in his view one of the "great privileges" of the British legal system. In early nineties, after two decades as a barrister, Nice was granted the title of Queen's Counsel (QC), given to experienced lawyers and judges. According to Nice, however, the title is a "funny old thing", first of all because it is granted by the government, and the greatest challenge for every lawyer is precisely to "challenge the government's decisions".

Nice first came to the Tribunal in 1998. He says it was a "leap in the dark", but he felt that "he should give it a try." He has no regrets. He led the prosecution team at the trial of the political and military leaders of the HVO in Central Bosnia, Dario Kordic and Mario Cerkez, and at the trial of Goran Jelisic, accused of crimes in Brcko. After the judgment was delivered in the Kordic and Cerkez case he returned to England, but not for long: a few months later he was back as the head of the prosecution team at the trial of Slobodan Milosevic. At “half-time” – after the prosecution case has been rested and before the beginning of the defence case – the "gentleman from the other side" agreed to grant an interview, stipulating that we can discuss everything but the Milosevic case.

Before his arrival in The Hague, Nice admits his knowledge of the events in the former Yugoslavia was "limited". He did have some knowledge of the country, since in the sixties he spent some time in Belgrade as part of a student exchange program. The photograph of a young Geoffrey Nice at the grave of the Unknown Soldier at Avala, displayed prominently in his office, dates back from that period. He remembers that in those days he found himself waving a flag in a mass of school students who were taken from their classes into the streets of Belgrade to greet President Tito and his guest, Nikita Khrushchev. Later, in the second half of the sixties, Nice worked as a tourist guide for a British agency in Cavtat, and from time to time he would do a tour of Cetinje for Atlas, a Dubrovnik tourist agency.

Since he worked exclusively with English tourists, Nice never learned the local language, a fact that he regrets today. He thinks that it is in a way "inappropriate" for the trials before the Tribunal to be "conducted by people who do not speak the language and do not have sufficient knowledge of the history and culture of the area they are dealing with.” Nice admits that he feels this is a "handicap", but on the other hand, he says that there are advantages to the "outsider status". As he explains, he and his colleagues from the Office of the Prosecutor do not "approach the cases [they are dealing with] with any prejudice as to the guilt or innocence of any of the accused", nor with impressions, be they right or wrong, that the people from the former Yugoslavia may have of the events. Rather, as Nice claims, they "look strictly at the evidence they have gathered and try to determine what the evidence say about the events and about the guilt or innocence of the accused.”

From 1998 until today, Nice went to the countries of the former Yugoslavia countless times as he prepared for the trials. Apart from Belgrade, Zagreb, Banja Luka and Mostar, he visited many places not listed in any tourist guides, but which have "become well-known" because of the crimes committed there. He was "horrified" at the extent of the destruction in Mostar and Sarajevo, he still remembers the first visit to the scene of the crime in Ahmici, and he was "touched most deeply" by the monument to the victims of the massacre in the village of Stupni Do, in Central Bosnia, bearing the names of the thirty-odd people "killed in the genocide.”

In his travels, Nice says he was not aware of any difference in the way he is treated, for instance, in Belgrade or Banja Luka as opposed to Sarajevo or Zagreb. He does admit, however, that among the people he has met he has "encountered little enthusiasm or excitement” at the contact with the representatives of the Tribunal. He adds, however, that he did not encounter rejection either, but rather, especially among victims, openness, courtesy and a positive attitude.

In his contacts with the victims, potential witnesses and other persons he met during his visits to various locations in the former Yugoslavia, Nice has got an impression he sincerely hopes is a wrong one - that the war is a sort of “an unfinished business there." His impression is that the people he has encountered and talked to do not see the presence of the international community as the solution of the problem, but only as a pause in the problem. "I would be sorry if it were true," Nice says.

As if regretting having said that, the "gentleman from the other side" at the end of the interview tries to make his assessment more relative and says that he does not want to "give a lot of significance, in fact any significance at all to his impressions, since they are quite possibly wrong.” 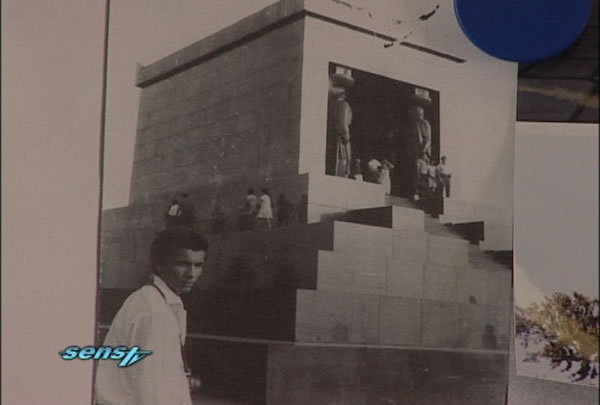