The Chief Prosecutor reminded all the politicians in the area of the former Yugoslavia that her indictments could be challenged only in the courtrooms of the Tribunal, since local courts did not have the legal and technical capability to take on such complex cases. 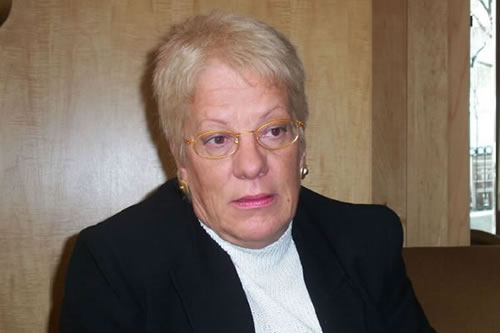 Carla Del Ponte, chief prosecutor of the Tribunal
All the states of the former Yugoslavia fully cooperate with the Office of the Prosecutor and the Court in The Hague; all requested documents are given speedily; all the accused are surrendering voluntarily or being promptly arressted and tranfered; and as icing on the cake, all the states of the former Yugoslavia are cooperating with each other in assistance to the Tribunal, to the relief of the victims and contributing to reconciliation.

This is how Chief Prosecutor Carla Del Ponte described at the press conference today at the UN headquarters in Geneva what, according to her, the "ideal situation" would look like. Some would call it utopia, some would say a dream, Del Ponte admits and stresses that eight years after Dayton accords and five years after the Kumanovo agreement, the situation is far from ideal in this respect.

If this is the dream, when awake the Tribunal and the Office of the Prosecutor have to face the "hard reality": they are forced to insist all the time on full cooperation and to use all possible means to obtain the evidence and the arrest of the accused from the unwilling states. According to her, the hard reality is also that the Tribunal is urged to finalize its work at accelerated speed and the Office of the Prosecutor to wrap up the remaining investigations and prosecutions in the limited and fixed term set by the Security Council.

Cooperation with the Tribunal in the territory of the former Yugoslavia, Del Ponte said, is still not seen as a legal obligation and the best way to ensure that the victims of war crimes see justice done. Instead it is seen as a "necessary evil" and a condition that is met unwillingly because of external pressures. Victims are too often sidelined and disregarded, while the indicted are celebrated in the local media as "heroes and patriots". Del Ponte does note, however, that in Croatia and Bosnia "some signs of the understanding" of the mission of the Tribunal and the necessity of cooperation are "slowly emerging".

Del Ponte did not mention Serbia in this context, but it is clear that her message to "all the politicians in the region" is addressed primarily to the new authorities in Belgrade. The message is that her indictments should be challenged only in the courtrooms of the Tribunal. She does not rule out the possibility that in the future it might be possible to do it before local courts, but she stresses that "all reasonable lawyers in the region" share her view that local judiciaries do not have the legal and technical capability to take on such complex cases. That is why it is necessary for the Tribunal to complete its job, to fulfill its mandate and then serve as an example – in terms of jurisprudence and procedure – for the local courts to continue.

In her opinion, there will be both need and time for that since, as she reminded, “war crimes do not expire with time, they are and always remain war crimes."