Former detainee Zoran Gvozden testifies about bad living conditions in detention centres run by BH Army in Bugojno, how detainees were beaten severely and taken to do forced labour 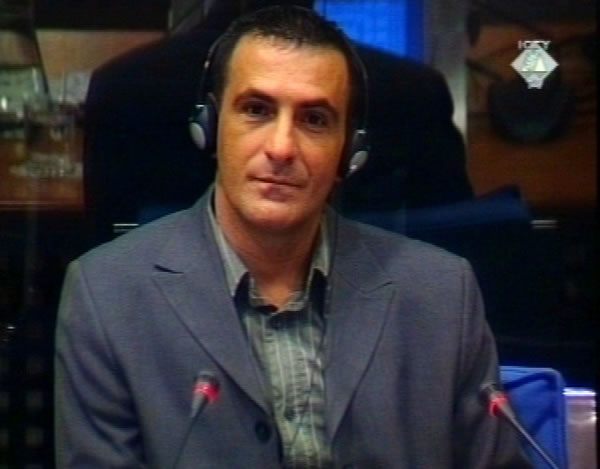 Zoran Gvozden, witness at the Hadzihasanovic and Kubura trial
In the detention centres in Bugojno, where the BH Army kept in detention Croatian civilians and HVO members during the month of July 1993,the living conditions were very bad and some of the detainees were subjected to severe beatings, it is alleged in the indictment against General Enver Hadzihasanovic, who was the commander of the BH Army 3rd Corps. Bugojno was in its area of responsibility.

About 40 detainees were crammed into a room in the basement of the Bugojno high school, testified Zoran Gvozden. He was one of them. Four detainees whose names were called out by the guards were singled out for maltreatment. They would be brought back all bloody and weak, he said. The men who were beaten were in a very bad shape, mentally and physically, Gvozden said.

After two weeks in the high school, the witness was transferred by the BH Army soldiers to the basement of the furniture store. There were 10-15 centimetres of water on the floor, the room was dark, lit by oil lamps. Again, some of the detainees were taken out to be interrogated and beaten. On one occasion, five detainees were called out, one by one. Moans were heard every time and then they were brought back to the basement, the witness said. “When they called out Mladen Havranek, we heard moans and the questions, ‘Why are you doing this to me, what have I done?’ – Gvozden recalls. Upon his return to the basement, Havranek collapsed and died.

The witness spent the last and longest period of his detention at the stadium of the Iskra Football Club. He was there from early August 1993 to April 1994, when he was exchanged together with other 290 detainees. The detainees from the stadium were taken to do forced labour in the area of Gornji Vakuf, where two of them were killed and a dozen wounded. Gvozden himself was taken to do forced labour several times in an area facing Donji Vakuf, on the line of separation between the Serbian forces and the BH Army.