Testimony of Zivko Totic, former commander of the HVO brigade in Zenica, whose 15 April 1993 kidnapping caused passions to run high in Central Bosnia. Totic claims the attack was carried out by Military Police specials from the BH Army 3rd Corps, commanded by the accused Enver Hadzihasanovic. 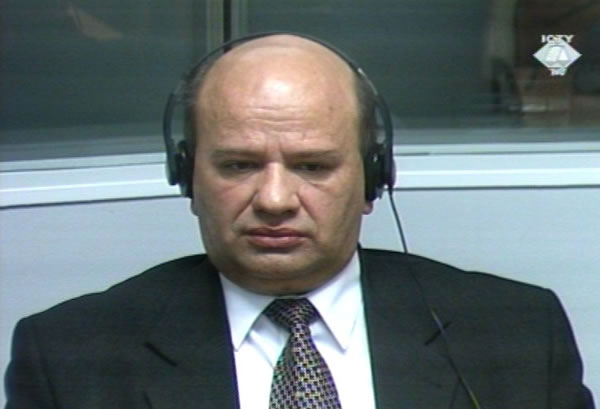 Zivko Totic, witness at the Hadzihasanovic and Kubura trial
The kidnapping of Zivko Totic and the killing of four of his escorts and a passer-by on 15 May 1993 in Zenica has been discussed in several trials before the Tribunal in The Hague – trials held to determine the responsibility of former HVO political and military leaders for crimes against Muslim civilians in Central Bosnia in 1993.

At the time, Totic was the commander of the Jure Francetic Brigade of the HVO. Defense lawyers for Tihomir Blaskic, Dario Kordic, Mario Cerkez and other accused HVO leaders and members referred to this event most often, pointing to the fact that it raised tensions between Croats and Muslims in Central Bosnia. That then led to the conflict in the Lasva valley, which-only one day after the kidnapping--culminated in the massacre in Ahmici.

Zivko Totic is now an assistant to the Minister of Defense in the BH Federation government and has come to The Hague as a prosecution witness to testify at the trial of General Enver Hadzihasanovic and Brigadier Amir Kubura, former commanders of the BH Army who are accused of crimes against Croatian and Serbian civilians in Central Bosnia in 1993.

In his testimony today, Totic described the attack of 15 April 1993 as a "carefully planned and extremely professionally executed action." Masked attackers with BH Army insignia intercepted his car in a Zenica suburb--killing his driver, two bodyguards and his brother-in-law, all with him in the car-as well as a passer-by. Totic claims they were "professionals," who, as he was to learn later, belonged to the special company of the BH Army 3rd Corps Military Police force. The accused Hadzihasanovic was the corps commander at the time, and Totic is convinced, as he stated today, that the operation could not have been carried out without his knowledge.

Having killed his escort, the kidnappers tied Totic up, placed a transparent black bag over his head, threw him into a van and drove him away, yelling "Allahu ekber." In the course of his one-month detention, he was moved several times from one location to another. He was interrogated, mostly about what weapons Croatian forces in the Central Bosnia Operational Zone had. During the whole time, he was hit only once, but on one occasion, explosives were tied around his neck during questioning. In some of the buildings where he was held, Totic claims, the guards were Arabs or Mujahedin.

Totic was freed--or rather, exchanged--on 17 May 1993, together with two Croatian civilians, for a group of Mujahedin held prisoner by the HVO. He was taken to a location in the vicinity of the 3rd Corps headquarters in Zenica in a military vehicle. European monitors and British "blue helmets" were present at the exchange.

At the beginning of her cross-examination, Enver Hadzihasanovic's defence counsel from Sarajevo, Edina Residovic, pointed to the fact that in his previous statements, Totic claimed he had been kidnapped by members of the 7th Muslim Brigade and that he only first mentioned the Military Police of the BH Army 3rd Corps in 1999, during his testimony at the trial of General Tihomir Blaskic. The witness, however, did not change his testimony.