The prosecution contends the Appeals Chamber should double the sentences the former Bosnian Croat leaders received at trial: they should get a total of 225 years in prison for the crimes committed in 1993 and 1994 in Herceg Bosna 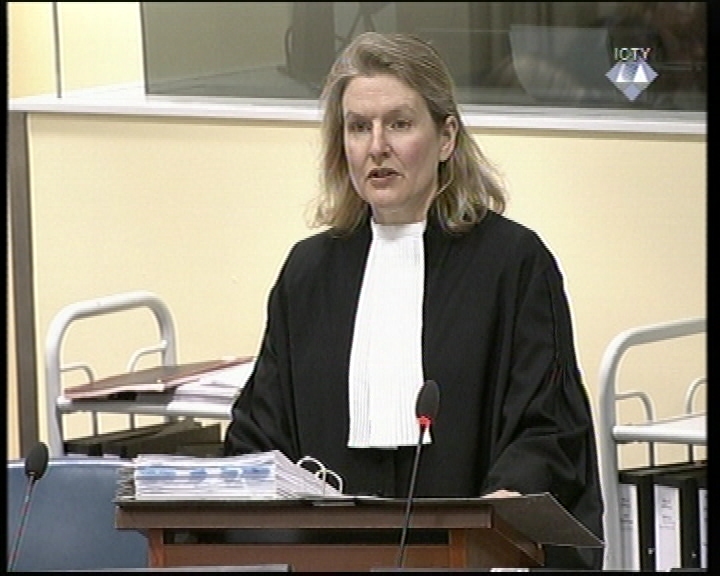 At the end of the seven-day appellate hearing, the prosecutor called for stiffer sentences for the Herceg Bosna leaders: Jadranko Prlic, Bruno Stojic, Slobodan Praljak and Milivoj Petkovic should get 40 years in prison, Valentin Coric 35, and Berislav Pusic 25 years behind bars. Such sentences would be more appropriate in light of the lengthy ethnic cleansing campaign in eight municipalities that saw tens of thousands of Muslims evicted and expelled, and thousands arrested, detained and forced to do manual labor at the frontlines where they were exposed to lethal gunfire.

Prosecutor Laurel Baig noted that when the Trial Chamber deliberated on the sentences, it did not give proper weight to the siege of East Mostar, where about 55,000 people were ‘trapped’ for ten months, exposed to daily shelling and sniping. The prosecutor compared the siege of Mostar with the siege of Sarajevo. She noted that the former VRS Sarajevo-Romanija Corps commanders, Stanislav Galic and Dragomir Milosevic, whose forces were responsible for the sniper and artillery terror campaign in Sarajevo were sentenced to life and 29 years in prison respectively.

Former Herceg Bosna prime minister Jadranko Prlic decided to personally respond to the prosecution’s arguments. After a few minutes, the prosecution objected, stating that Prlic’s response had nothing to do with the arguments presented by the prosecution today. Presiding Judge Carmel Agius warned Prlic it was in his best interests to let his lawyer speak, as Prlic himself was not a law expert. After Prlic tried several times to continue speaking, the judges silenced him and asked his lawyer, Michael Karnavas, to respond to the prosecution’s arguments, if he had anything to add. It is the defense’s position, Karnavas said, that the trial chamber ‘looked at everything outside of its proper context’.

The lawyers for the other accused presented virtually identical views. Stojic’s defense recalled that the former Bosnian Serb leader Radovan Karadzic was sentenced to 40 years in prison at trial, and one of the convictions was for contributing to the Srebrenica massacre. Stojic, as his lawyer noted, ‘is not in the same category of criminal’. If he were to be sentenced to 40 years in prison, he would get out in 2047, provided of course that he ‘lived that long’ as he would be 92 years old. Praljak’s defense contends that any sentence would be unjust, while Petkovic’s defense lawyer Vesna Alaburic said the ‘so-called siege of Mostar’ was in fact caused in part by the BH Army actions, because they ‘forbade’ the people to leave the town. Coric’s defense argued that their client’s sentence was already much higher than the maximum sentence under the laws of the former SFRY in force at the time when the crimes were committed; the European Court of Human Rights found that to be unlawful in some cases prosecuted before the BH State Court.

At the end of the appellate hearing each of the accused was given a chance to address to judges for ten minutes. Prlic took the opportunity to say that the trial was ‘the dark side of international justice’. Stojic’s address to the judges was redacted, i.e. deleted from the video that was publicly broadcast, while Praljak accused the BH Army of launching an attack on Herceg Bosna, concluding that his ‘conscience is clear’. Petkovic said he had gone to Herceg Bosna from Croatia, the country where he was born, in order to assist the Croatian Army in the operation launched to liberate the southern parts of Croatia and then he stayed there.