The Tribunal’s Appeals Chamber has denied Croatia’s motion to take part in the appellate proceedings against the former Bosnian Croat leaders in the capacity of an amicus curiae. According to the judges, Tudjman, Susak and Bobetko were not indicted in the Prlic et al. case and consequently their (posthumous) right to the presumption of innocence was not violated 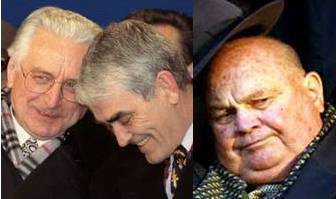 The Tribunal’s Appeals Chamber has denied the motion filed by the Croatian government in which it sought leave to take part as an amicus curiae in the appellate proceedings against the former Bosnian Croat leaders. Croatia filed its motion in late March 2016, alleging that the Trial Chamber based its decision to posthumously convict three former Croatian officials – president Franjo Tudjman, defense minister Gojko Susak and general Janko Bobetko -‘on non-existent evidence’.

The Trial Chamber found the six Bosnian Croat leaders - Jadranko Prlic, Bruno Stojic, Slobodan Praljak, Milivoj Petkovic, Valentin Coric and Berislav Pusic - guilty of taking part in a joint criminal enterprise whose objective was to ethnically cleanse Bosnian Muslims from parts of Bosnia and Herzegovina that were to form part of a Croat state, Herceg Bosna. The trial judgmentalso noted that the three Croatian officials - Tudjman, Susak and Bobetko - were involved in the criminal enterprise.

The Appeals Chamber led by judge Carmel agius stressed that in its motion Croatia ‘offered a liberal interpretation’ of the evidence quoted by the Trial Chamber in its judgment in the case against the Herceg Bosna leaders in the context of the involvement of the six accused in the joint criminal enterprise. Croatia thus would do the same job the Trial Chamber and the parties in the proceedings did. That will not help the Appeals Chamber in its consideration of the appeals.