There is an unwritten rule when it comes to granting early release to persons convicted of war crimes after they have served two thirds of their sentence. How is it applied by the tribunals for the former Yugoslavia and Rwanda and by the Special Court for Sierra Leone? 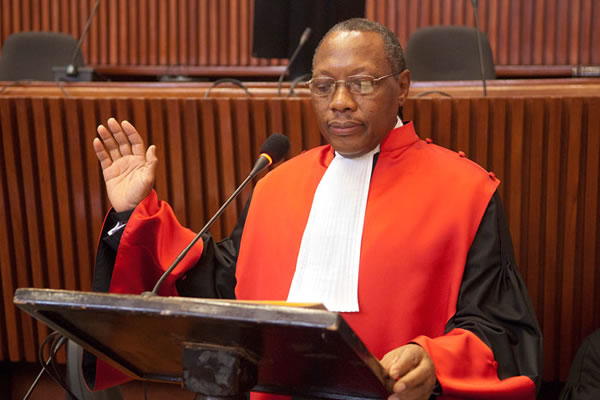 Philip Nyamu Waki, the president of the Special Court for Sierra Leone

The fact that persons convicted of war crimes can all but count on being granted early release after serving two thirds of their sentence has been justified at the Tribunal by the need to accord ‘equal treatment’ to the persons convicted by the international criminal courts. Initially, the two-thirds rule only applied at the Tribunal in The Hague, but after a few years, the Rwanda Tribunal caught on. Other courts, such as the Special Court for Sierra Leone, also apply the rule now.

All persons convicted by the international courts are equal, but some are more equal than others. The most equal of them all are those convicted by the tribunals for the former Yugoslavia and Rwanda, who now have to apply to the same body, the Mechanism for International Criminal Tribunals, for early release. They are the most equal because of the way in which the two-thirds rule has been applied at the two tribunals.

Let us consider by way of an example how the two thirds rule has been applied recently in a judgment rendered by Judge Waki, the president of the Special Court for Sierra Leone (SCSL), in the case against Moinina Fofana, sentenced to 15 years in prison for crimes against humanity and violations of laws and customs of war.

First of all, the SCSL grants ‘conditional early release’ or parole, rather than the unconditional one granted at the tribunals in The Hague and Arusha which, as they claim, do not have ‘legal or material capacities’ to control the conduct and actions of war criminals who have been granted early release.

Furthermore, the presidents of the tribunals in The Hague and Arusha and the president of the Mechanism for International Criminal Tribunals take into account the opinions of the prosecution, the registry and the detention unit management, while the SCSL has been able to find ‘legal and financial capacities’ to see what the local community where the convict will return and the victims and witnesses of his crimes think about his early release.

The conditions are as follows:

First, before his release Fofana will have to attend a six-month course in the prison in Rwanda where he is serving his sentence. At the course, he will learn to understand the nature and gravity of the crimes he was convicted of and to understand that the legitimacy of the cause he claims to have fought for does not justify the use of illegal means. This course should also help him accept the fact that as a leader of one of the warring factions he does bear his share of responsibility for what happened.

After the court registry and the prison management confirm that he has understood all those aspects of his actions, Fofana will have to publicly apologize to the victims, acknowledge his guilt and express remorse for the suffering he caused to others, before he is granted early release.

Moreover, Fofana will have to undertake not to contact victims and witnesses, to ‘behave in an honorable and non-violent manner’ and not to engage in local politics or any secret deals aimed at causing unrest. Finally, he will have to report to the authorities twice a month and the registry will arrange regular visits to check whether Fofana complies with the conditions. If he violates them, the president of the SCSL may at any time order his arrest and return to the prison where he will then serve the remainder of his sentence.

So much for the equal treatment of the persons convicted by the international criminal courts, a principle so very dear to those who decide of the early release of the war criminals from Rwanda and the former Yugoslavia.