TOO EARLY FOR CONCLUSIVE ASSESSMENT OF HADZIC’S HEALTH

After two days of discussion about Goran Hadzic’s health, the conclusion is that it is still too early to determine if the accused will be able to attend the trial in the coming period. Goran Hadzic has a brain tumor. In the opinion of the neurologist-oncologist who testified today, it all depends on how well Hadzic will respond to chemotherapy. At this stage, it is too early to tell 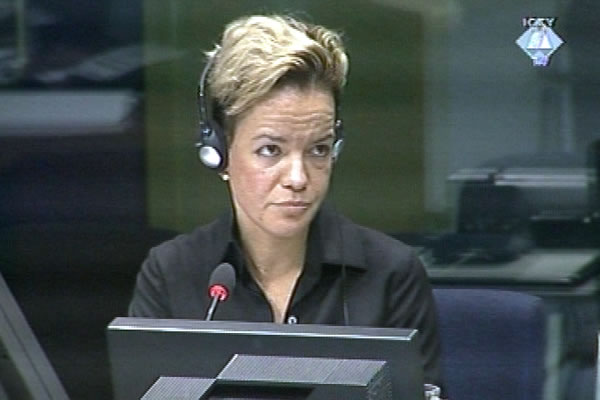 Today the Trial Chamber heard the evidence of Tatjana Seute, a Dutch specialist in neuro-oncology. The judges had asked Seute to examine Goran Hadzic. She submitted a report on his health. Hadzic was diagnosed with a brain tumor in November 2014. The trial was suspended in October 2014 after Hadzic lost consciousness in the UN Detention Unit.

The Trial Chamber called Dr. Seute and neurologist Patrick Cras to give their opinion because the judges have to rule on the defense’s motion for Hadzic’s provisional release. Dr. Cras spoke about his findings on Wednesday, 25 February 2015, at a hearing in closed session. Since Dr. Cras did not disclose in his report more than the defense already had, the Trial Chamber decided to examine Dr. Seute in a public hearing. Hadzic had waived his right to attend the hearing and allowed it to proceed in his absence.

As she was questioned by prosecutor Douglas Stringer, Dr. Seute noted that it was too early to give any assessments. It remains to be seen how Hadzic will respond to chemotherapy. Dr. Seute explained that in the first round of the treatment Hadzic underwent chemotherapy in combination with radiotherapy. As a result of the treatment, his red and white blood cell count dropped, and that, Dr. Seute noted, was a serious adverse effect. In Dr. Seute’s view, this has impacted Hadzic’s ability to attend and participate in the trial. Hadzic ‘cannot bear the burden’ of active involvement in the trial.

Based on her experience (she had treated about 900 patients), the Dutch medical doctor said that some patients ‘remain well, work and do their housekeeping tasks’ while others need hours of rest daily. Dr. Seute nevertheless added that with time Hadzic’s cognitive abilities would drop.

Defense counsel Christopher Gosnell tried to establish if the patients in similar shape as Hadzic could have problems that would prevent them from engaging in complex intellectual tasks, despite not suffering from obvious cognitive impairments. Taking part in a trial would be one such activity. Dr. Seute noted that in ‘her experience, most complain to a certain extent of cognitive dysfunction’.

After they heard the experts, the judges asked in closed session who would treat Hadzic in Novi Sad. Now that they have all the information, the judges will render their decision on the defense’s urgent motion for provisional release. The defense proposed in the motion that Hadzic remain free until May 2015 when his health would be re-evaluated.