HADZIC TO REMAIN IN THE HAGUE 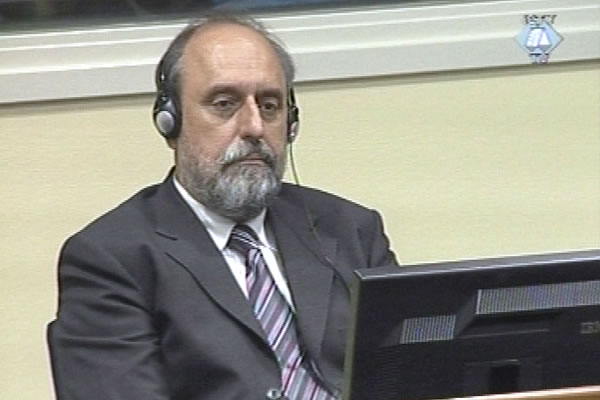 The Trial Chamber has denied the motion filed by the former SAO Eastern Slavonia prime minister Goran Hadzic for provisional release until May 2015. Hadzic wanted to continue treatment for his brain tumor in Serbia. The defense case was temporarily suspended on 20 October 2015 after Hadzic fainted in the UN Detention Unit. In November 2015, Hadzic was diagnosed with brain tumor and was prescribed palliative treatment, as his illness is incurable.

In the urgent motion for provisional release filed on 22 January 2015, the defense noted that Hadzic didn’t have proper rest, care and diet in the Detention Unit. Also, the defense wanted the accused to be given more time to spend with his family. The prosecution opposed the motion, stressing that Hadzic had been on the run for seven years, and was therefore a clear flight risk, especially in light of the late stage of the trial. At the prosecution’s request, the Trial Chamber asked a neurologist and neuro-oncologist to examine Hadzic and to submit their opinions. The experts found that there was a possibility that the accused could participate in the trial from time to time to a restricted extent. Since the accused has refused to waive his right to be present during the trial, in the interest of justice the prosecution asked the judges to order the proceedings to continue, with or without Hadzic. The judges will issue their decision later.

Hadzic has opted for the kind of medical treatment that he could not continue if he absconds, and there is no risk that the accused would flee – despite his history as a fugitive, the Trial Chamber has ruled. In the course of the trial so far, there have been no claims or evidence that the defense or the accused have tried to influence the witnesses. If Hadzic were to be granted provisional release, Hadzic would not pose a danger to victims and witnesses, the judges decided.

Although two key criteria for provisional release were thus met, the judges had to take into account 'all the relevant factors' in the Hadzic case, the decision notes. The prosecution rested its case, and the judges ruled at the half-time of the trial not to acquit the accused in line with Rule 98bis, and the defense case is halfway finished. Although the hearings have been adjourned, the proceedings are, as the judges note, 'still ongoing'.

The former prime minister of the Serb Autonomous Region of Slavonia, Baranja and Western Srem and later president of the so-called Republic of Serbian Krajina is on trial for crimes against humanity and violations of laws and customs of war in Eastern Slavonia from June 1991 to the end of 1993.