HADZIC REFUSES TO ALLOW TRIAL TO PROCEED IN HIS ABSENCE

The former prime minister of the SAO Eastern Slavonia has refused to waive his right to attend the trial. The trial has been adjourned since October 2014 because of Hadzic’s ill health 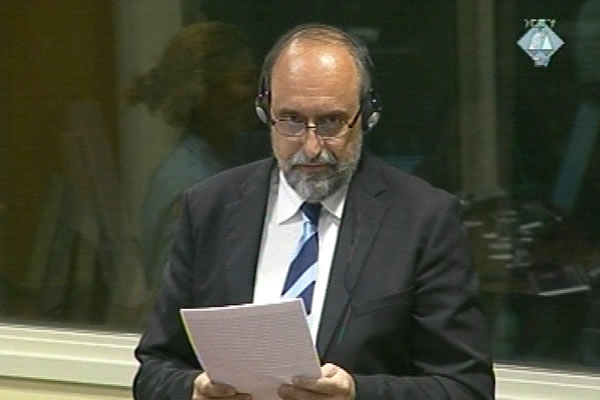 After the trial of Goran Hadzic was adjourned in late October 2014 because of his undisclosed health problems, the parties and the Trial Chamber have made public statements on only two occasions. On 23 January 2015, following the prosecution’s motion calling for an expert assessment of Hadzic’s health, the Trial Chamber granted the motion. A week later the defense asked for urgent provisional release of the accused.

And that was it. The experts were ordered to submit their assessment of Hadzic’s health to the Trial Chamber by 13 February 2015. However, it has not been indicated yet if any such assessments have been submitted and the nature of any findings. Similarly, any decision of the Trial Chamber on the urgent request for Hadzic’s provisional release has not been disclosed. The provisional release motion was filed on 29 January 2015. The Trial Chamber may have reached the decision in the three weeks that have passed, but the decision may be under seal.

Today a brief communication was made public: Hadzic’s defense lawyers Zoran Zivanovic and Christopher Gosnell responded to the questions put to them on 16 February by the Trial Chamber. As they informed the judges, Hadzic has refused to budge from the position taken in the memos sent to the Trial Chamber on 12 December 2014 and on 3 February 2015. He will not waive his right to attend the trial. In other words, the judges wanted to check if Hadzic was willing to allow his trial to proceed in his absence. The accused told them he was not in no uncertain terms.

When the trial was suspended, the defense of the former prime minister of the SAO Slavonia, Baranja and Western Srem and later president of the Republic of Serbian Krajina was going through its first witnesses. Through their evidence, Hadzic’s defense was trying to contest the allegations about the crimes against humanity and violations of war in Eastern Slavonia from June 1991 to the end of 1993.