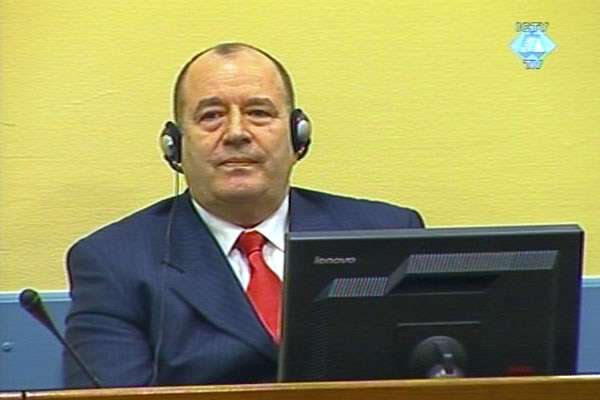 The Appeals Chamber has denied the motion of Mico Stanisic, former Bosnian Serb police minister, for the admission of additional evidence in his appellate proceedings. Stanisic wanted to tender into evidence the transcript of his testimony at the trial of Radovan Karadzic.

In March 2013, the Trial Chamber sentenced former Bosnian Serb police leaders Mico Stanisic and Stojan Zupljanin to 22 years in prison each for the crimes committed by the Serb police in 20 BH municipalities. In February 2014, Stanisic was given a binding order compelling him to testify in the defense of former RS president Radovan Karadzic.

Explaining why they have rejected the motion the judges stress that Stanisic exceeded all deadlines for the submission of such a motion. Also, the judges are not convinced that Stanisic didn’t know the information he presented in his evidence in Karadzic’s defense before testifying, because this information was based on his ‘personal knowledge’. Stanisic invoked Rule 115 of the Rules of Procedure and Evidence. According to the rule, for new evidence to be considered for admission in the appellate proceedings, it must be unavailable during the trial.

Also, the Appeals Chamber stresses that the OTP interviewed Stanisic and that the judges ‘didn’t notice any material differences’ between the interview and Stanisic’s testimony at the Karadzic trial. Therefore, in the Appeals Chamber’s view, the decision not to admit the transcript of Stanisic’s testimony from Karadzic’s trial into evidence ‘will not result in miscarriage of justice’.

Stanisic argued that his testimony was relevant as it contested the findings of the Trial Chamber that he ‘was aware and shared the intent of the Bosnian Serb leadership to forcibly remove Muslims and Croats’ from areas under the Bosnian Serb control and that he was part of the joint criminal enterprise. The prosecution countered his claims noting that Stanisic could ‘tailor’ his evidence to fit the findings from the trial judgment.

In his separate opinion, Judge Afandje opposed the majority decision. A trial is a ‘living organism’ where things keep on happening after the trial judgment, Judge Afandje noted.