In the final reply to the Serbian arguments, Croatia opposed any comparisons between Franjo Tudjman and his associates and the Nazis. Croatia urged the International Court of Justice to dismiss the Serbian counter-claim for genocide in Operation Storm 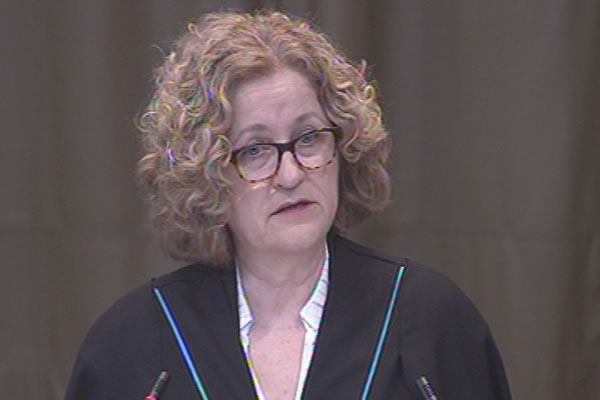 In the final reply to the arguments presented by the Serbian representatives, Vesna Crnic Grotic, head of the Croatian legal team, urged the International Court of Justice to dismiss the allegations made in the Serbian counter-claim. Serbia argued that the Croatian state leadership orchestrated the genocide committed during and after Operation Storm. Last week, Croatia completed presenting its arguments in support of the claim alleging that Serbia committed genocide against the Croatian population from 1991 to 1995.

At the beginning of the public hearing, British professor Keir Starmer was the first to respond on behalf of Croatia to the Serbian side’s arguments pertaining to Operation Storm. During the public hearing Serbia recanted on its previous allegation about the illegal shelling of Knin and other Krajina towns, choosing instead to rely on other indicators of the purported genocidal intent of the Croatian leadership, Starmer noted. Thus, in the first place, the Serbian side relied on the transcript of the meeting between President Tudjman and his military leadership on the Brioni islands, on 31 August 1995, five days before the beginning of Operation Storm.

Starmer addressed the claim made by the Serbian side that the attacks on refugee columns and the killing of ‘all those Serbs’ who had not fled were indicators of the act of genocide and the intent to destroy an ethnic group in part or as a whole. According to Starmer, there were only four attacks on the refugee columns in Croatia. It was not true that all the civilians that remained in their houses were killed, Starmer insisted. For example, 4,000 Serb civilians were put up in collection centers in Croatia. Four hundred captured members of the Serbian Army of Krajina were prosecuted for war crimes. This was not an indication of the genocidal intent to destroy the group of Krajina Serbs, concluded Starmer.

Philippe Sands, the other British professor in the Croatian team, spoke about the claims made by William Schabas, his Canadian colleague from the Serbian team. Sands called the allegations about Franjo Tudjman’s genocidal intent ‘inappropriate’ ad hominem attacks. Schabas repeatedly compared the steps taken by the Croatian president with the acts of the Nazis in the World War II. According to Sands, this approach did not merit any comment.

Professor Sands noted that during the public hearing Serbia cherry-picked the judgments of the Tribunal in The Hague. In the case against the Croatian generals, Serbia accepted only the trial judgment, at the same time rejecting the findings of all the Chambers in the cases against Milan Martic, Mrksic and Sljivancanin. Sands stressed this was a ‘fatal weakness’ of the Serbian counter-case.

In the final part of public hearing Vesna Crnic Grotic also invoked the judgments of the Tribunal. In the 21 years since its establishment, no Croat has been convicted of the crimes in Croatia. The Tribunal has never found that there existed a joint criminal enterprise among the Croatian leadership, Crnic Grotic noted. The trial judgment that found the Croatian generals guilty didn’t contain any elements that could lead to the conclusion that genocide had been committed. The judges in fact concluded that despite the existence of a joint criminal enterprise aimed at expelling the Serbs from Croatia, the goal of the Croatian leadership was not to kill or harm the Serb civilians, or to destroy their property. Even if the gravest evidence against Croatia is to be accepted as fact – the findings of the trial judgment against Gotovina and Markac – there was no genocide.

Crnic Grotic called professor Schabas’s allegations ‘inflammatory rhetoric’ appropriate only for domestic use, for the Serbian public. Opposing strenuously any attempt to compare Tudjman and the Nazis, Crnic Grotic recalled that in the World War II Tudjman fought on the Partisan side.

Vesna Crnic Grotic then thanked the Serbian team, the judges and all those who made it possible for the proceedings to run smoothly. Finally, Crnic Grotic urged the judges to dismiss the Serbian counter-claim. This brought to an end the public hearing in which the two parties presented their arguments against each other in support of their mutual suits for genocide. The Trial Chamber led by the Slovak judge Peter Tomka withdrew to deliberate on the judgment.