The International Court of Justice has rejected the claims put forth by Zagreb and Belgrade against each other, alleging violations of the Convention of the Prevention and Punishment of the Crime of Genocide. The world’s supreme court has ruled that the Serb and Croat forces did commit grave crimes between 1991 and 1995. Some of those crimes do constitute actus reus of genocide. However, there was no intent to ‘destroy’ an ethnic group but to ‘forcibly remove’ it from the part of the territory under the control of the opposite side 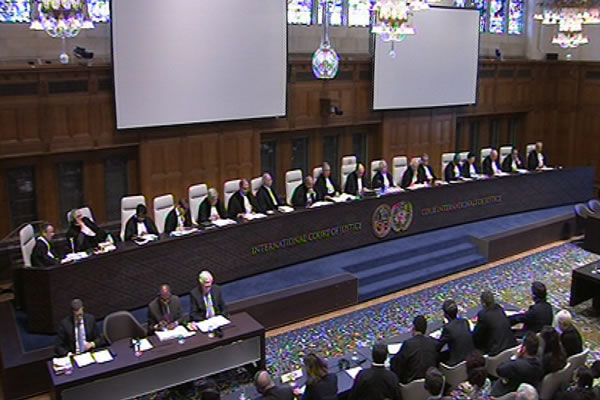 As expected, the International Court of Justice has rejected the claims Croatia and Serbia filed against each other alleging violations of the Convention on the Prevention and Punishment of the Crime of Genocide.

Fifteen out of 17 judges of the world’s highest court found that the crimes againstnon-Serbs in Eastern and Western Slavonia, Kordun, Banija, Lika and Dalmatia ‘were not perpetrated with the intent to destroy in whole or in part’ Croats as a group. The Serbian claim pertaining to the crimes against the Krajina Serbs during and after Operation Storm in the summer of 1995 was dismissed unanimously.

The Court has established that some crimes– murder and causing serious bodily and mental harm – perpetrated by the JNA members, the Serb and Croatian troops did contain the physical element, actus reus, of genocide. However, in both cases the judges found that there was no specific intent to commit genocide, to eliminate Croats or Serbs in whole or in part. Instead, in the Court’s opinion, the crimes were committed with the intent of ‘forcibly removing’ and ‘ethnically cleansing’ theCroats from Eastern and Western Slavonia, Kordun, Banija, Lika and Dalmatia, as well as the Serbs from Krajina.

With 11 votes for and six votes against, Serbia’s appeal against the jurisdiction of the court for the crimes perpetrated before 27 April 1992 – when the Federal Republic of Yugoslavia was formally established – was also rejected.

Today’s judgment put an end to the proceedings instituted before the world supreme court in July 1999, when Croatia filed the claim first. In January 2010, Serbia filed its counter-claim. The two sides exchanged their arguments at a hearing in March 2914.

After the presiding judge read out the two-hour long summary of the judgment, he called upon the two states to ‘continue their co-operation’ to establish the ‘fate of the missing persons'. The presiding judge also encouraged the two sides to "continue their co-operation with a view to offering appropriate reparation to the victims of such violations, thus consolidating peace and stability in the region".

In their statements after the judgment, official representatives from Belgrade and Zagreb made every effort to give the findings of the world’s highest court a positive spin for the benefit of their public. The Zagreb representative thus stressed that the judgments confirmed that the JNA and Serb forces had launched an aggression against Croatia. In Belgrade’s view, the finding of the International Court of Justice that the crimes had been perpetrated in Operation Storm – and that the Croatian leadership saw the exodus of the Krajina Serbs as a planned and ‘desirable’ outcome of the military operation – was the most important.