JUDGMENT IN CROATIA VS. SERBIA CASE SLATED FOR 3 FEBRUARY 2015

On Tuesday, 3 February 2015, the judges of the world’s supreme court will deliver their judgment in the two cases Croatia and Serbia brought against each citing the violations of the Genocide Convention 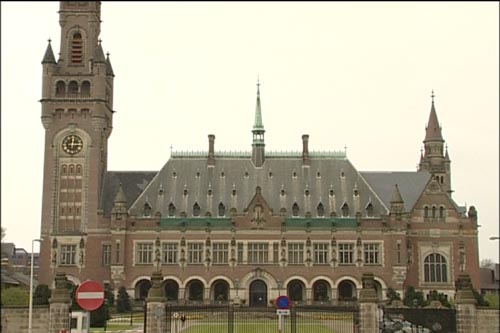 The International Court of Justice in The Hague

The International Court of Justice announced that the judgment in the two cases brought by Croatia and Serbia against each other in which both parties alleged violations of the Convention on the Prevention and Punishment of the Crime of Genocide would be rendered on 3 February 2015.

In July 1999, Croatia filed its legal suit against the Federal Republic of Yugoslavia, alleging that the military, police and paramilitary units under FRY command had committed genocide in Knin, Eastern and Western Slavonia and Dalmatia. More than 12,000 persons were killed in the attacks and tens of thousands of people sustained serious physical and mental injuries. Hundreds of thousands of houses were destroyed, as were 1,400 religious buildings. About 7,700 Croats were detained in prison facilities in Serbia and other parts of the former Yugoslavia. Approximately 550,000 persons were displaced. Serbia first challenged the jurisdiction of the Court. When the motion was dismissed in 2008, Serbia brought its own case against Croatia, alleging that in the course of Operation Storm in 1995 Croatia committed genocide against Serbs. Serbia alleged that the intent of the operation was to partially or wholly destroy Serbs as an ethnic group.

In March 2014, the two states exchanged oral arguments on the merits of the case. Croatia tried to prove Belgrade’s ‘genocidal intent’ to destroy ‘in whole or in part’ the non-Serb population from parts of the Croatian territory during the war, from 1991 to 1995. On the other hand, Serbia argued that Belgrade couldn’t be held responsible for any acts or omissions that occurred before 27 April 1992, when the Federal Republic of Yugoslavia was formally constituted as a state. Also, the Belgrade representatives claimed that most of the crimes Serbia was charged with occurred in 1991; the small number of crimes that were committed after April 1992 couldn’t be qualified as genocide.

In the oral arguments on its counter-suit, Serbia claimed that ‘mass killings during and after Operation Storm reached the scale of genocide’. During the war in Croatia almost 6,400 Serbs were killed, the Serbian representatives claimed. Out of that number about 1,700 victims were killed in the course of Operation Storm and approximately 200,000 Krajina Serbs abandoned their homes in Croatia. The Belgrade representatives claimed that 1,700 persons were still missing and 400 exhumed bodies had not yet been identified.