In the closing arguments in the two suits Croatia and Serbia filed against each other, the head of the Serbian legal team Sasa Obradovic urged the Court to find it lacked jurisdiction to hear Croatia’s case. Alternatively, Obradovic asked the Court to reject Croatia’s argument on Serbia’s responsibility for genocide. At the same time, Obradovic asked the judges to find Croatia responsible of genocide in Operation Storm, order it to pay reparations, to take measures to ensure unobstructed return of the refugees and to stop celebrating the Day of Victory and Thanksgiving 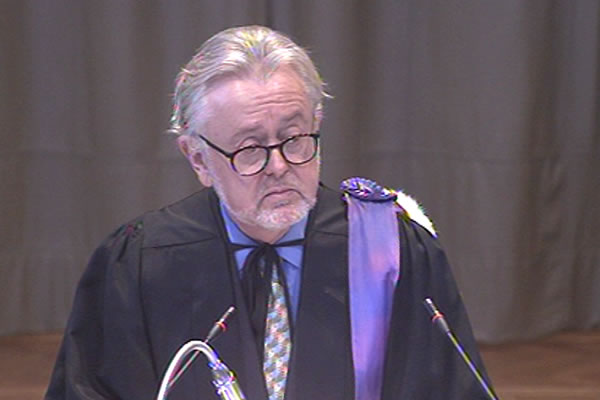 In the afternoon hearing at the International Court of Justice, Serbia replied to Croatia’s response to Serbia’s allegation that genocide was committed in and after Operation Storm. Canadian law professor William Schabas’s presentation took most of the time today. After Schabas completed his presentation, British lawyer Wayne Jordash addressed the judges. Sasa Obradovic, the head of the Serbian team, presented the closing arguments.

Professor Schabas dedicated the first part of his presentation to the former Croatian president Franjo Tudmjan. According to Schabas, Tudjman played the ‘central role in planning and implementing’ Operation Storm in August 1995. Croatia had claimed that Tudjman’s words were ‘taken out of context’ in Serbia’s arguments, and now Schabas insisted that Tudjman’s public appearances and statements at various meetings made it clear that Tudjman held ‘racist views’ about Serbs, Jews and Muslims. Tudjman had a positive opinion of various organizations with fascist roots, Schabas noted. The Canadian professor said that Tudjman’s idea was not only to liberate Croatia in Operation Storm but to settle Croats in Krajina in order to prevent the Serbs from returning.

Schabas recalled the Trial Chamber’s conclusion in the judgment against generals Gotovina and Markac which described the specific acts, including administrative measures to prevent the return of Serbs after Operation Storm and to reduce their number in Krajina ‘to a minimum’. The judges concluded that this was a ‘strong indication of the genocidal intent’. According to Schabas, Croatia failed to draw attention to that aspect in its arguments.

Speaking about the trial of the Croatian generals at the Tribunal, Schabas noted that the judges’ findings were important but they ‘don’t reflect’ all the aspects of the Serbian genocide counter-suit. There are ‘substantial differences’ between the ‘narrow picture’ in the Gotovina and Markac trial and the public hearing on Serbia`s counter-suit, Schabas stressed. The acquittal of the Croatian generals on appeal left a ‘glaring void’ because no one was convicted for the evident crimes against Serbs and the permanent shift in the ethnic structure of that part of Croatia.

Schabas urged the International Court of Justice to fill that void by paying attention to other indicators of genocide, such as the attacks on refugee columns and murders of Serbs who had not been able to flee. Croatian soldiers killed every Serb civilian they found, and that ‘was not destruction of a group in part or as a whole, that was destruction as a whole’, Schabas said, alluding to the definition of genocide.

As for the claims of the Croatian team that the Serbs had left Krajina for various reasons, the Canadian professor allowed this might well be true. However, it didn’t reduce Croatia’s genocidal intent. Just as the fact that some Jews left Germany voluntarily for various reasons and thus escaped the Holocaust didn’t mean that the Nazi authorities did not intend to destroy them. When the Croatian legal team responded to the Serbian counter-suit, they were particularly scathing when they addressed the part of Schabas’s presentation where he drew a ‘clumsy and inappropriate parallel’ between the Nazi meeting in Wannsee and the Brioni meeting. The decision on the ‘final solution’ of the Jewish question in Germany was made in Wannsee, while Operation Storm was planned during the Brioni meeting. Today Professor Schabas remarked that Croatia obviously ‘didn’t listen carefully’ to what he was saying: he didn’t compare the two meetings but the way in which what had happened there was misrepresented and relativized.

Completing the Serbian presentation, the head of the Serbian legal team Sasa Obradovic urged the judges to decide that the Court lacked jurisdiction over any crimes committed before 27 April 1992 when Serbia was formally constituted as a state, and before 8 October 1991, when Croatia became a state, when it considered Croatia’s suit. If the judges do not accept this suggestion, the Serbian team wants them to dismiss all the arguments concerning Serbia’s responsibility for genocide against Croats.

At the same time, Serbia called the Chamber consisting of 17 judges to conclude that Croatia violated the Genocide Convention in and after Operation Storm as killings and other crimes were committed with the intent to destroy the Krajina Serbs as a group, in part or as a whole. Obradovic urged the judges to order Croatia to fulfill its obligation to punish all acts of genocide committed in Operation Storm, to pay reparations to the victims, to secure the return of the refugees and normal life in their homes. Serbia wants judges to order Croatia to urgently amend its Act on Holidays, Memorial Days and Non-Working Days by removing the Victory and Thanksgiving Day, on 5 August, because, as Obradovic noted, the successful completion of the ‘genocidal Operation Storm’ is celebrated.

The public hearing on the two suits filed by Croatia and Serbia will be completed on Tuesday with the closing arguments of the Croatian side.