Professor Philippe Sands has urged the world’s highest court to diverge from earlier conclusions that require an extremely high standard of proof for genocidal intent. If the Serbian argument is accepted, the Convention for the Prevention and Punishment of the Crime of Genocide will become nothing but a ‘historical monument’ and a ‘dead Convention’, Sands warned on behalf of the Croatian team. Croatia filed a suit against Serbia for genocide during the conflict from 1991 to 1995 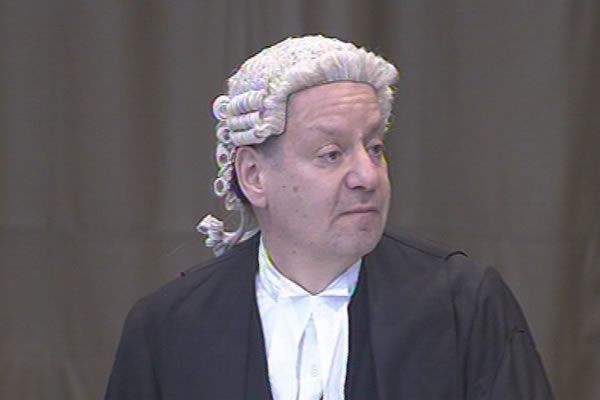 At the beginning of the second round of the arguments in the Croatian case against Serbia for the violations of the Convention for the Prevention and Punishment of the Crime of Genocide, Croatia’s representatives responded to the rebuttal evidence presented by Serbia last week.

As British professor Philippe Sands noted, Serbia’s hopes rest on two arguments. First, Serbia argued that the ICJ lacked jurisdiction to adjudicate in cases that pertained to the events before 27 April 1992, when the Federal Republic of Yugoslavia formally came into existence. Second, Belgrade hopes that the Court will adopt the approach it did in 2007 in the Bosnia and Herzegovina vs. Serbia case, when it ruled that genocide had been committed only in Srebrenica.

As Sands argued, the Court set an extremely high standard of proof for ‘genocidal intent’ in that judgment. Such standard of proof has not been applied in any of the judgments rendered by international criminal tribunals. Invoking the decision of the ICTY Appeals Chamber to reinstate the genocide charges in the indictment against Karadzic, Sands stressed that the specific intent required for the qualification of a crime as genocide could be inferred from a number of ‘facts and circumstances’ such as the perpetration of crimes directed against the same ethnic group, or the scale of the crimes, the systematic targeting of victims on account of their membership of a particular group, or repetition of destructive and discriminatory acts. Those are allegations made by Croatia in the suit it filed against Serbia. According to the British professor, this is the correct standard that the International Court of Justice should apply when deciding in this case.

The high standard of proof for genocide would make it possible for the Court to ‘lead a more leisurely life’, because the states would not turn to it for the interpretation of the provisions of the Genocide Convention, Sands noted. The Genocide Convention was adopted to protect the wellbeing of individuals and groups, Sands warned, not to protect states from the risk of litigation before the courts. Sands urged the judges not to allow ‘one of the world’s great humanitarian instruments’ to become a ‘historical monument’ and a ‘dead Convention’.

Professor Sands referred to the judgment in the Zdravko Tolimir case. Tolimir was sentenced to life in prison for genocide in Srebrenica and Zepa. As Sands noted, Tolimir was found guilty of genocide in Zepa based on the murder of ‘three local leaders’. The Trial Chamber found this was sufficient to characterize the act as a ‘deliberate destruction of a limited number of persons selected for the impact their disappearance will have on the survival of the group as such’.

London barrister Blinne Ni Ghralaigh responded to the Serbian challenges of the expert statements and testimonies about genocide presented by Croatia to support its allegation that genocide had been committed in Eastern and Western Slavonia, Knin and Dalmatia. As Ni Ghralaigh noted, the allegations in Croatia’s suit remain ‘intact’. Serbia has admitted there was ‘genocidal behavior’ that could be ascribed to the JNA and other Serbian forces and that stemmed of the ethnic hatred, Ni Ghralaigh recalled. Serbia has not contested the fact that the top military and political leadership knew about the crimes at least in October 1991. Because of the evidence presented by Croatia, Ni Ghralaigh stressed, Serbia had to accept the allegations, but then proceeded to try to ‘neutralize’ them.

Responding to Serbia’s claims about the number of missing and identified victims, Ni Ghralaigh stated that according to the information made public by the Croatian Administration of Detained and Missing Persons on 17 March 2014, 3,680 bodies were exhumed from 142 mass graves. Of this number, 3,144 persons have been identified, while 865 are still missing.

British professor Sir Keir Starmer responded to the Serbian argument that there had been no intent to destroy a group in part or as a whole. Starmer repeated the Croatian argument that when there was no explicit evidence, the genocidal intent could be inferred from ‘words, acts or patterns of conduct’.

On Friday, Professor James Crawford will address the issues of jurisdiction and atribution of crimes to Serbia. Vesna Crnic-Grotic, the head of the Croatian legal team, will follow with Zagreb’s closing arguments.