The Appeals Chamber has confirmed the findings related to the existence of the joint criminal enterprise aimed at expelling Albanians from Kosovo in 1999 and the involvement of the accused in it and has granted several grounds of appeal submitted by the police general Vlastimir Djordjevic’s defense. The Appeals Chamber has also granted one of the prosecution’s grounds of appeal, but it nevertheless reduced Djordjevic’s sentence from 27 to 18 years in prison 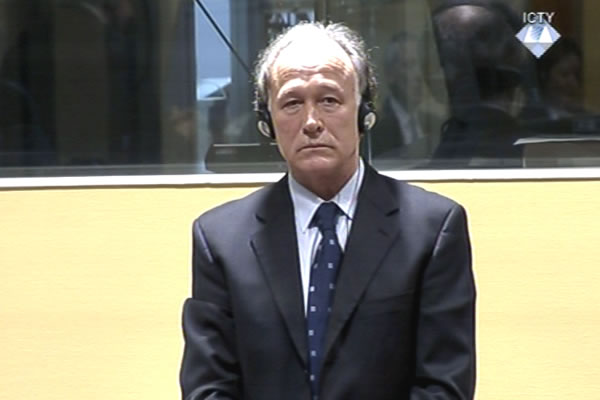 Judge Carmel Agius’s Appeals Chamber granted in whole or in part four of the 19 grounds of appeals submitted by the defense of Serbian police general Vlastimir Djordjevic and one of the prosecution’s two grounds of appeal. The parties had appealed against the judgment handed down by the Trial Chamber in February 2011. As a result, Djordjevic’s sentence was reduced from 27 to 18 years. The sentence for the former deputy interior minister and chief of Serbian Public Security Department was thus brought in line with the sentences for the four other members of the same joint criminal enterprise: Nikola Sainovic, Nebojsa Pavkovic, Vladimir Lazarevic and Sreten Lukic. In the final judgment they received last week, the Kosovo Four got sentences ranging from 14 to 22 years in prison.

Today, in a replay of last week’s hearing in the Kosovo Four case, the Appeals Chamber confirmed the finding in the trial judgment about the existence of the joint criminal enterprise headed by Slobodan Milosevic which was aimed at expelling Albanians from Kosovo and establishing a permanent Serbian control over the province. The appellate judges also confirmed that Djordjevic shared the same goal and was a participant in the joint criminal enterprise that resulted in the murder of hundreds and the expulsion of hundreds of thousands of Kosovo Albanians.

The defense’s argument that Djordjevic shouldn’t be simultaneously convicted of participation and aiding and abetting in the same crime was granted. The Appeals Chamber ruled that the conviction for the involvement in the joint criminal enterprise sufficed, and dropped aiding and abetting. Consequently, the judges didn’t have to get embroiled in the debate about the ‘specific direction’ as a necessary element of aiding and abetting. Last week, Judge Liu’s Appeals Chamber strongly opposed the finding in the judgment that acquitted General Momcilo Perisic of the responsibility for aiding the crimes in BH. The assistance Perisic had sent to the perpetrators of crimes had not been ‘specifically directed’ to their commission, Perisic’s judgment found.

The appellate judges granted the defense’s argument that the evacuation of civilians from Kosovo to Montenegro couldn’t be treated as deportation because it had not been clearly laid out why the border between those two entities could be considered a de facto international border. Djordjevic was also acquitted of a number of crimes not listed in the indictment. The appellate judges also concluded that the trial judgment failed to explain properly why the accused’s position of leadership was taken as an aggravating circumstance. On the other hand, the Appeals Chamber granted the prosecution’s demand to define rapes at several locations in Kosovo as elements of the crime of persecution and to convict Djordjevic of that.

Having taken into consideration all those errors in the Trial Chamber’s judgment, the Appeals Chamber concluded that the sentence of the accused general may safely be reduced to 18 years in prison. Djordjevic, who has already served six and a half years, can hope for early release after serving two thirds of the sentence, in five and a half years.