HOW TO RESTORE MORALE AT TRIBUNAL

An initiative has been launched to discuss at the plenary session the causes and consequences of the slump of the morale, quandaries and discontent of the Tribunal’s staff, revealed in a recent survey among the legal officers in the Chambers 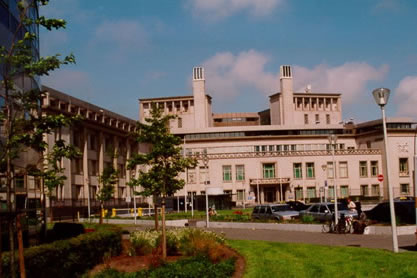 The devastating results of a survey on the morale among the (Associate) Legal Officers working in the Tribunal’s Chambers (see our last week report), did not leave some of the judges indifferent.

SENSE has learned that on the eve of the summer recess, the presiding judges of the three Trial Chambers - Orie, Flugge and Kwon - asked that the causes and consequences of the morale slump and other pending issues that cause quandaries and discontent of the Tribunal’s staff be addressed at a Bureau meeting or a plenary session of the Tribunal’s judges. One of the pending issues is the President Meron's effort to secure the appointment as an appellate judge for his chef de cabinet, without consulting the Bureau or the plenary.

The plenary is composed of the 18 permanent judges and fourad litem, whose voting rights are restricted; the Bureau consists of the President and Vice-President of the Tribunal and the presiding judges of the Trial Chambers: the three judges, Orie, Flugge and Kwon, who launched the initiative for a plenary meeting.

Interestingly enough, since 17 November 2011, when Judge Meron’s second term of office began, the Bureau has met only once, to discuss the ceremony to mark the 20th anniversary of the Tribunal. It is just as interesting to note that there has been only one plenary session in the same period, to discuss the regular reports that the President and the Registrar submit to the Security Council. The plenary sessions used to be held at least twice a year, but this practice has apparently been abandoned. Now plenary sessions take place once every two years.

Apart from revealing a worrying slump in the morale among the Legal Officers, the recent survey has shown that there is a lot of discontent with the manner in which the President and his Office have been running the Tribunal and treating its staff. One of anonymous respondents commented that the President’s Office 'apparently thinks it is above transparency and fairness’ and that ‘Meron XIV is late a few centuries’. Another respondent said that this ‘destroys the trust, reputation and integrity of the institution’.

The three judges who called for the plenary to be convened seem to think that these are ‘major questions relating to the functioning of the Tribunal’ and want the judges to debate them.