The prosecution wants the judges to dismiss the expert report written by Ratko Skrbic, Zdravko Tolimir’s defense expert. Prosecutor Vanderpuye described it as ‘worthless, unreliable and an insult to the victims’. The judges will deliver their decision next week 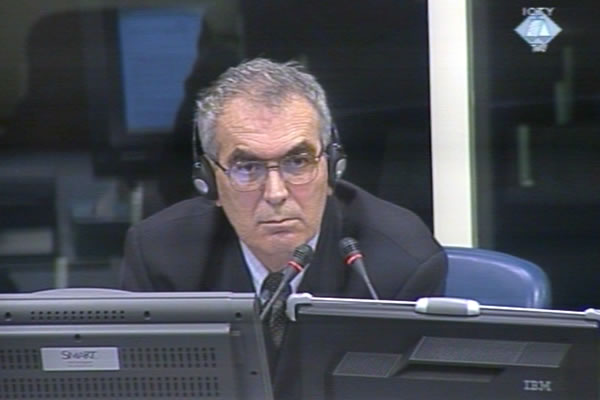 At the end of the testimony of retired VRS colonel Ratko Skrbic, Zdravko Tolimir’s defense expert, the prosecution objected to the admission into evidence of one of the two reports he wrote. According to the prosecution, the report Movements of the Population in Srebrenica was ‘partial, incompetent and an insult to the victims’ of the crimes in Srebrenica in the summer of 1995. Skrbic ‘calculated’ that after the fall of the enclave there was a ‘deficit’ of 368 persons who had ‘gone missing, or had been killed or executed’. According to Skrbic, the figure of more than 7,000 victims in Srebrenica was vastly exaggerated.

The prosecutor contends that the defense expert lacks necessary qualifications that would enable him to produce a relevant demographic analysis of the movements of the population of Srebrenica. Prosecutor Kweku Vanderpuye recalled Skrbic’s words that an analysis of this kind requires ‘no particular knowledge or expertise. It is enough to put in some effort’.

The prosecutor recalled that the expert opted for a methodology that was supposed to merely corroborate a position he had already taken vis-à-vis the topic of his report. The expert witness expressed this opinion in an article he wrote and his book, entitled Srebrenica – Genocide against the Truth, the prosecutor argued. Skrbic said in his evidence that he had been driven to write the book because he had doubts about the ability of his fellow officers to take part in the crimes described in the indictment and because he had been fed up with the ‘official version’ of the events in Srebrenica that, in his view, had never been proved. The prosecutor maintains that Skrbic ‘systematically excluded relevant evidence in order to reach the intended conclusions’. Skrbic’s report was ‘worthless, unreliable and an insult to the Srebrenica victims’.

General Tolimir opposed the prosecution’s motion, arguing that his expert was qualified to produce a report of this kind since he dealt with ‘the methodology of establishing casualties’. Skrbic studied ‘the military documents about the movements of the living people’ and ‘did not deny crimes’ as he made his calculations, Tolimir noted. Finally, Skrbic’s motivation, brought up by the prosecution, does not affect the relevance of his expertise, Tolimir claimed: quite the contrary, it is testimony to the long time Skrbic has devoted to the issue.

The Trial Chamber will deliver its ruling on the prosecution’s motion next week, the presiding judge said. The trial continues tomorrow with the evidence of Tolimir’s last defense witness.