The prosecution asked the Appeals Chamber to ‘correct the error’ of the Trial Chamber that sentenced Sredoje Lukic to 30 years for ‘aiding and abetting the murder and persecution’ of Muslims from Visegrad and to impose a harsher sentence. The defense countered that the prosecution’s request was ‘totally groundless’ 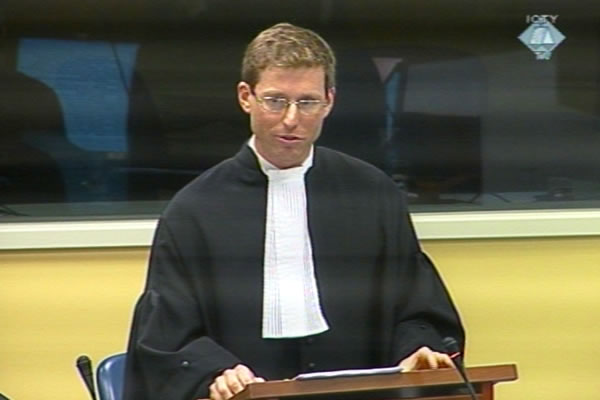 Sredoje Lukic’s defense counsel called the prosecution’s appeal ‘totally groundless’. He invoked the dissenting opinions presented by the judges in the Trial Chamber about the legal qualification of the term ‘extermination’ and about the issue of sufficient evidence for the conviction for ‘aiding and abetting extermination’. The defense also argued that Sredoje Lukic should be acquitted of all charges of aiding and abetting persecution of prisoners in the Uzamnica prison camp.

The second-accused Sredoje Lukic distanced himself from his cousin’s words, stressing that only his lawyer and he personally are entitled to speak in his name that it was up to the Appeals Chamber to decide if he was guilty or not.

The Appeals Chamber will render its judgment in ‘due time’.