‘In the all too long, sad and wretched history of man’s inhumanity to man’, the crimes committed by Milan and Sredoje Lukic in Visegrad, in particular the burning of helpless civilians, ‘must rank high’ in the 20th century which abounds with such acts the Trial Chamber concluded. 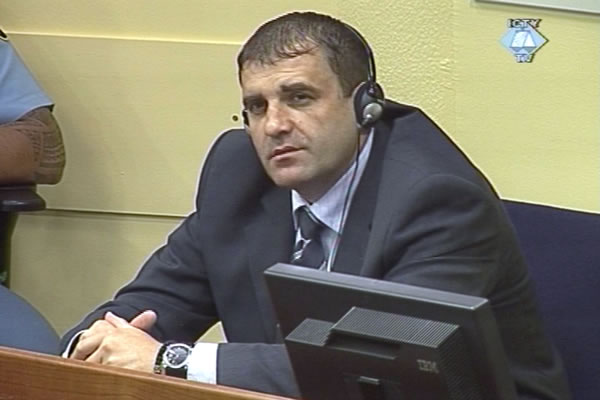 Milan Lukić u trenutku izricanja presude
Finding what they did ‘the worst examples of inhumanity’, the Trial Chamber today issued a life sentence for Milan Lukic sentencing his relative and accomplice in the Visegrad crimes Sredoje Lukic to 30 years.

Milan Lukic, former leader of the ‘White Eagles’ and ‘Avengers’ units in Visegrad, was found guilty of all the crimes in the indictment: shooting of five Bosniaks at the Drina river bank on 7 June 1992, taking out and killing seven employees of the Varda factory, the ‘living pyres’ in the Pionirska Street and the Bikavac neighborhood in Visegrad – when at least 120 women, children and elderly were set on fire in two houses, the ‘cold blooded’ and ‘flippant’ murder of Hajra Koric and brutal abuse of prisoners detained in the Uzamnica camp near Visegrad. The Trial Chamber concluded that Milan Lukic had ‘a dominant role’ in all the crimes showing ‘a callous and vicious disregard for human life’ by personally ‘killing at least 132 persons’ as estimated by the judges. The Trial Chamber rejected the alibi defense as ‘unreliable and not credible’ convicting him of persecution, murder, extermination, cruel treatment and inhumane acts qualified in 19 counts of the indictment as crimes against humanity and violations of laws and customs of war.

[IMAGE]4256[/IMAGE]To an extent then, the Trial Chamber was divided in its assessment of the responsibility of Sredoje Lukic, charged with the ‘living pyres’ in the Pionirska Street and in the Bikavac neighborhood and with abuse of prisoners in the Uzamnica camp. The Trial Chamber first concluded that Sredoje Lukic was in the house of Jusuf Memic where civilians from the village of Koritnik were initially detained; there they were robbed by Milan Lukic and his men and taken to Adem Omeragic’s house, where they were burned alive. Although there is no evidence that Sredoje Lukic set that house on fire or that he shot people trying to escape, the Trial Chamber found, with Judge Robinson dissenting, that Sredoje Lukic contributed substantially to the deaths of at least 59 persons by helping to transfer them to the place of their execution. Sredoje Lukic was found guilty of aiding and abetting murder.

As far as the other ‘living pyre’ in the Bikavac neighborhood is concerned, the Trial Chamber found, with Judge David dissenting, that the prosecution did not prove beyond reasonable doubt that Sredoje Lukic had taken part in that crime and he was acquitted of that count in the indictment. Sredoje Lukic was convicted of aiding and abetting the murders in the Pionirska Street and brutal abuse of prisoners in the Uzamnica camp.

It is interesting to note that the Trial Chamber concluded, by a majority of votes, with Judge Robinson dissenting, that Mitar Vasiljevic was in Pionirska Street on 14 June 1992 and took part in setting people on fire in the house of Adem Omeragic. Vasiljevic was charged with that crime but the Trial Chamber in his case accepted the evidence that on that day he had fallen off a horse, broken his leg and had been taken to a hospital in Uzice. Vasiljevic was acquitted of the ‘living pyre’ incident in the Pionirska Street and was sentenced to 15 years for his part in the shooting five Bosniaks at the Drina river bank. The sentence was confirmed by the Appeals Chamber.