Sredoje Lukic’s defense contends that there is no sufficient evidence to convict him of aiding and abetting the crime in the Pionirska Street in Visegrad. The prosecution urged the Trial Chamber not to believe the defense’s claims that the accused was just an ‘innocent passerby’ 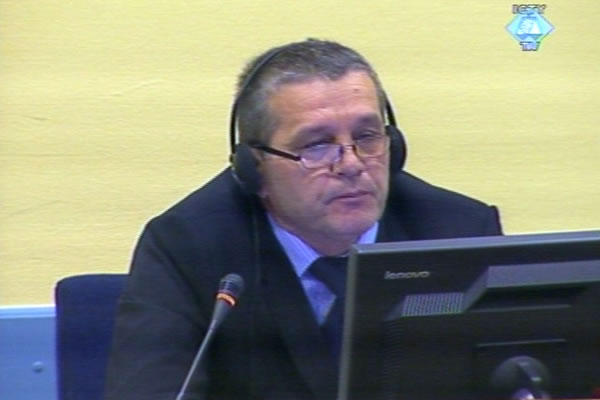 Sredoje Lukic in the courtroom

As the defense noted, the Trial Chamber found that Sredoje Lukic was present in two of the five stages of the crime in the Pionirska Street – while the civilians were robbed and transferred to Adem Omeragic’s house where they were later set on fire. The Trial Chamber relied on contradictory evidence of the witnesses who were not present there or didn’t know Sredoje Lukic at the time, the defense contended. The defense had offered the Trial Chamber a ‘reasonable alternative’ as to the identity of the person who ‘probably’ was presenting himself as Sredoje Lukic. However, the role of the man identified as VGD 4 remained unexplained.

Dutch lawyer Geert-Jan Knoops presented to the judges the theory of ‘constructive presence’ which is acceptable as a basis for the conviction for aiding and abetting only if it is possible to determine precisely the location where the accused was at the moment the crime was committed. However, even that was insufficient for the conviction, the lawyer maintained, because there has to be ‘tangible evidence’ that the accused aided or abetted the commission of the crime. The prosecution must also prove that the accused cooperated with the perpetrator and aided them in order to achieve success with the shared intention. The defense argues there is no evidence that Sredoje Lukic ‘knew about the plan or intentions’ of the main perpetrator or perpetrators. The defense also claimed that the accused was not anyone’s superior and that he had no particular social status.

In response to the defense arguments, the prosecutor urged the Appeals Chamber ‘not to put any belief in Knoops’ efforts to portray the accused as an ‘innocent passerby’ who just happened to be there together with three other armed men. The prosecutor contends that the ‘mere presence’ of Sredoje Lukic was sufficient and the Trial Chamber didn’t err when it found Lukic guilty of ‘aiding and abetting’. With his presence, the accused ‘actively aided’ the commission of the crime and his involvement was ‘criminal, rather than innocent’.

Though there was no evidence that Sredoje Lukic ‘pulled the trigger or lit the match’, Lukic ‘knew’ that detaining and robbing civilians was ‘illegal’, the prosecutor noted. ‘There was no reason to transfer the detained women and children to another house, except to kill them’, the prosecutor also said.

The arguments will be completed tomorrow when the appellate hearing continues.