The trial of Shefqet Kabashi for contempt of court has been postponed until a new trial chamber is set up. Judges Moloto and Delvoie have recused themselves in order to maintain the 'assumption of impartiality': the two judges sit on the panel trying Haradinaj and other KLA commanders 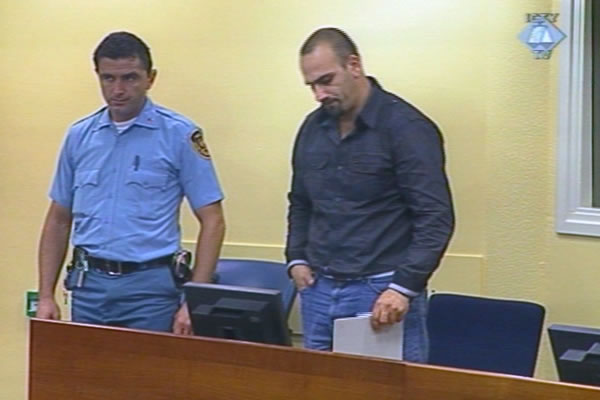 The debate about whether to accept the guilty plea and what sentence to impose on Shefqet Kabashi, former KLA soldier, was postponed until a new trial chamber is in place.

This morning, Kabashi pleaded guilty to contempt of court; he was charged because in 2007 he twice refused to testify at the trial of Ramush Haradinaj, Idriz Balaj, and Lahi Brahimaj. The hearing to discuss his guilty plea and to decide on his sentence was scheduled for this afternoon.

At the beginning of the hearing, two judges stepped down from the chamber in which Judge Alphons Orie is presiding. Judges Bakone Moloto and Guy Delvoie stated that they currently sit in the chamber hearing the case against Haradinaj and others. They believe that their participation in this case would violate the 'assumption of impartiality'. 'The justice must not only be done, but be seen to be done,' Judge Moloto said.

The current panel in the Shefqet Kabashi case was appointed last May, before the Appeals Chamber ordered a partial retrial of Haradinaj and others. Judges Moloto and Delvoie now sit on the panel trying Haradinaj and other KLA commanders. It is unclear why the two judges were not replaced the moment Kabashi came to the UN Detention Unit on 18 August, when it became clear he would be tried for contempt of court.

Kabashi's lawyer told the judges his client was disappointed since he was hoping he would be allowed to return to his family later this week. As he said, in the detention unit Kabashi is on suicide watch: the guards wake him every half an hour. He also reminded the court his client had spent more than three years in a Serb prison where he was regularly subjected to abuse. 'I feel personally responsible for persuading him to come here, instead of advising him to stay in New York,' Karnavas said.

Judge Orie noted he understood Kabashi's disappointment, but that those were nothing but 'personal expectations' of the accused; the Tribunal was not to blame for the three-year lapse from the time Kabashi left The Hague on the eve of his contempt of court trial.

Kabashi's trial will continue as soon as the Tribunal's president appoints new judges to the chamber. The accused will remain in custody.