The prosecution expects that once all evidence is in at the partial re-trial of Haradinaj, Balaj and Brahimaj, the Trial Chamber will be convinced that the accused are guilty of torture, cruel treatment and murder of Serb, Albanian and Roma prisoners in Jablanica. Haradinaj’s defense counsel responded, saying that his client was a KLA commander who fought other soldiers and not civilians. Haradinaj’s defense lawyer is sure he would prove it at the trial 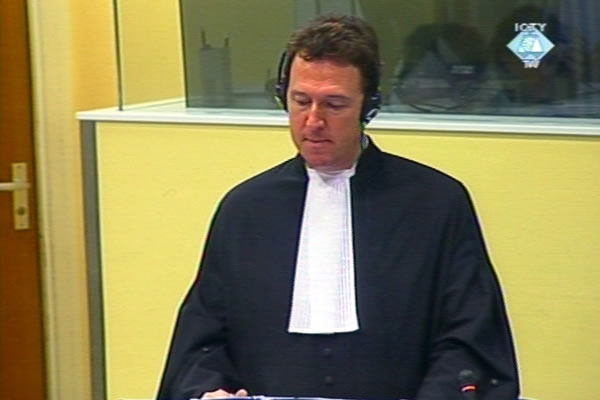 The prosecution is convinced it will prove at the partial re-trial of the former KLA commanders that Ramush Haradinaj, Idriz Balaj and Lahi Brahimaj are responsible for crimes against Serbs, Albanians and Roma in the Jablanica prison in the spring and summer of 1998. In the opening statement, prosecutor Paul Rogers said that the crimes in Jablanica were part of a joint criminal enterprise aimed at eliminating ‘real or imaginary enemies’, including Serb, Albanian and Roma civilians.

According to the prosecutor, the three accused were KLA commanders in the relevant period in the Dukagjin area in Western Kosovo. Haradinaj established the headquarters in the village of Glodjani and later became commander of the whole region. Balaj commanded the ‘Black Eagles’, a special unit, and Brahimaj commanded the KLA stronghold in Jablanica. The prosecution contends that their goal was to establish control over the triangle with the towns of Pec, Djakovica and Klina at the points. The accused accomplished this in the spring of 1998 ‘using illegal means and brutally eliminating any resistance’. The means included torture, cruel treatment and murder of prisoners seen as the enemies of the KLA, regardless of their ethnic background. Their status as civilians or enemy soldiers didn’t make any difference, the prosecutor specified in the opening statement.

The prosecutor presented in detail the allegations in the six counts of the new indictment charging Haradinaj, Balaj and Brahimaj with crimes in Jablanica. According to the prosecution witnesses, the KLA arrested people they saw as enemies for different reasons. One person was arrested on suspicion of being a spy just because he had a camera. Another was arrested because there was a photo of him with a Serb police officer, which was found in his car. Yet another was arrested because he worked in the Serbian Electric Power company. Several prisoners were arrested because they were members of the Democratic League of Kosovo led by Ibrahim Rugova. The only Serb policeman among the detainees worked in the traffic police. All of them were severely beaten with baseball bats, stabbed with knives, starved for days, and kept in a basement where water was knee-high. Many of them succumbed to their injuries, including three boys from the village of Dolac: a 22-year old Serb by the name of Ivan Zaric and two Roma boys, Agron Berisha and Burim Bejta, aged 15 and 16. According to the witnesses, all three accused took part in the beatings; Brahimaj most often and Balaj and Haradinaj less so.

The prosecutor contends that once all evidence is in, the Trial Chamber will be convinced beyond reasonable doubt that all three accused are responsible for the crimes against prisoners in Jablanica.

Ramush Haradinaj’s defense counsel insisted in his opening statement that he expected his client to be acquitted again, just as he was after the first trial for the crimes on Kosovo. The Trial Chamber acquitted Idriz Balaj too and sentenced Lahi Brahimaj to six years. The judgment was overturned because the Trial Chamber had failed to hear two prosecution witnesses. According to Haradinaj’s defense lawyer Ben Emmerson, they refused to testify not because they were afraid of pressure, but because they were afraid their lies would be exposed in the courtroom. As the defense contended, Haradinaj cannot be responsible for events in Jablanica as he didn’t have any military control over the prison. The evidence of those witnesses who spoke about Haradinaj’s personal involvement in the crimes is not credible, the defense claimed. During the conflict Haradinaj ‘barely ever went’ to Jablanica; when he did, it was only because there was a military necessity to deal with the ‘Serb occupiers’ and to fight for Kosovo’s independence.

Balaj’s and Brahimaj’s defense lawyers have waived their right to present an opening statement at the beginning of the trial. The trial is scheduled to continue tomorrow afternoon with the evidence of Shefqet Kabashi, one of the two unwilling witnesses. More details about this testimony will be known tomorrow after Kabashi enters his plea on contempt of court charges at 10:30 am. 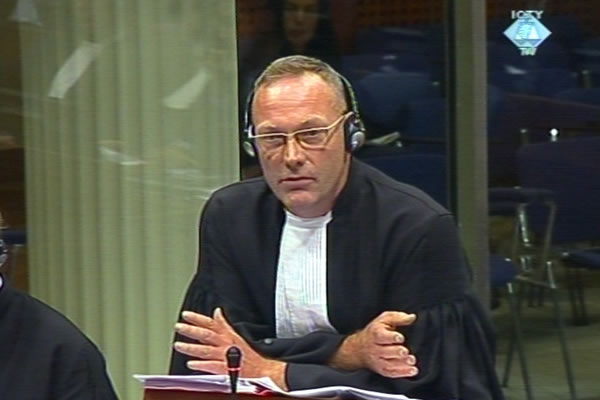