Chief prosecutor Serge Brammertz and ICTY vice-president O-Gon Kwon called the news of Goran Hadzic’s arrest an ‘important milestone in the history of the Tribunal’, which has brought it closer to the completion of its mandate. Hadzic was the last of 161 persons indicted by the Tribunal; he successfully evaded international justice until today 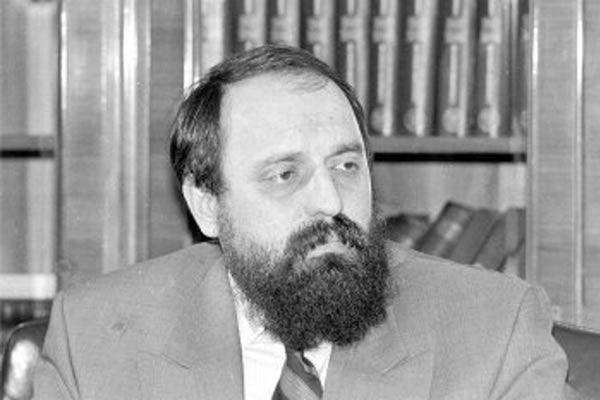 The Tribunal in The Hague and its Office of the Prosecutor welcomed today the arrest of the last fugitive from international justice, Goran Hadzic. In their separate statements issued after Belgrade confirmed the arrest, chief prosecutor Serge Brammertz and Tribunal’s vice-president O-Gon Kwon called the event an ‘important milestone’ in the 18 years of the Tribunal’s history. Both Brammertz and Kwon emphasized that it represented a significant step towards a successful completion of the mandate of the international criminal tribunal. The ICTY was established in May 1993 with the aim of bringing to justice the persons responsible for the serious violations of international law in the former Yugoslavia.

Chief prosecutor Brammertz recognized the role of the Serbian authorities, particularly its Action Team, the National Security Council and services involved in the arrest. Brammertz also thanked the international community for its “role in supporting measures to secure Hadžić’s arrest’.

The Tribunal is ‘is part of a much broader process for establishing accountability for atrocities committed during the wars in the former Yugoslavia’, Brammertz noted. Because ‘the victims of thousands of other crimes are still waiting for justice’, the prosecution of war criminals remains in Brammertz’s view a ‘critical challenge for the region and its people’. Brammertz has vowed that the OTP will do all it can to contribute to the fight against impunity in the region by providing national prosecutors with ‘information, evidence and expertise’. Brammertz also urged the international community to ensure that the national courts can successfully continue the Tribunal’s work in determining responsibility for the atrocities.

The indictment against Goran Hadzic was issued in July 2004. Hadzic vanished from his house in Novi Sad on the day when the sealed indictment and the warrant for his arrest were served on the Serbian authorities.

Goran Hadzic used to work as a storeman in the VUPIK factory and was president of the Pacetin local commune. During the war, Hadzic rose to the position of the president of the self-proclaimed Republic of Serbian Krajina. The indictment charges Hadzic in 14 counts with crimes against humanity and violations of law and customs of war.

Hadzic is charged in the indictment with taking part in a joint criminal enterprise in Croatia from June 1991 to December 1993. Slobodan Milosevic headed the joint criminal enterprise which also comprised Milan Martic, Jovica Stanisic, Franko Simatovic, Vojislav Seselj, Radovan Stojicic Badza, Zeljko Raznatovic Arkan and other known and unknown members of the JNA, the Territorial Defense units from Serbia, Montenegro and the Serbian Autonomous Region of Eastern Slavonia, Baranja and Western Srem, the Serbian police and state security service, and volunteers in paramilitary formations such as Arkan’s Tigers and Seselj’s Chetniks.

As alleged in the indictment, the joint criminal enterprise was aimed at forcible and permanent elimination of non-Serbs from an area that comprised almost a third of Croatian territory. The territory was to become part of a new state under Serb domination.

Goran Hadzic is charged with the persecution of Croats and other non-Serbs on political, racial and religious grounds, the extermination and murder of hundreds of Croats in Vukovar, Dalj, Erdut, Lovas and the village of Klisa, the arrest, torture and cruel treatment of thousands of Croats in prison facilities in Eastern Slavonia and Serbia, deportation and forcible transfer of tens of thousands of Croats, wanton destruction of towns and villages and looting of public or private property.

Hadzic is the third former president of the Republic of Serbian Krajina indicted by the Tribunal in The Hague for their role in a joint criminal enterprise. The first, in July 1995, was Milan Martic. Martic was sentenced to 35 years in prison. Milan Babic was indicted in December 2003; soon after his surrender, Babic pleaded guilty to persecution and was sentenced to 13 years in prison. Babic committed suicide in March 2006 in the UN Detention Unit.