DJORDJEVIC ASKS FOR ACQUITTAL OR A MILDER SENTENCE

The defense contends that the Trial Chamber in its judgment made erroneous conclusions about the joint criminal enterprise that existed on Kosovo in 1999 and about the role of General Vlastimir Djordjevic in it. The defense therefore urges the judges of the Appeals Chamber to either acquit him or to commute his prison sentence. The Trial Chamber sentenced him to 27 years in prison 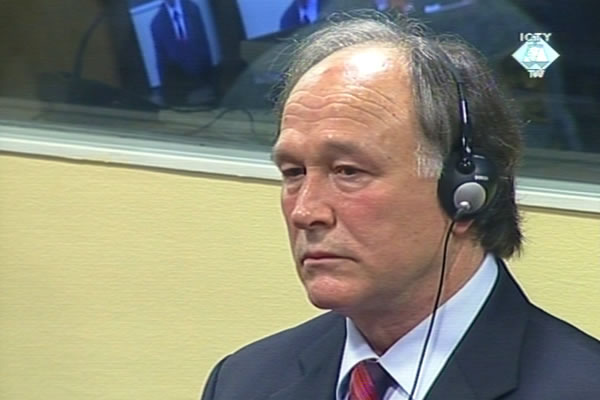 In the notice of appeal the prosecution has called for a life sentence for General Vlastimir Djordjevic. Now the defense has also filed its notice of appeal against the Trial Chamber’s judgment, listing 18 grounds of appeal, contesting the findings in the judgment that sentenced General Djordjevic to 27 years in prison for crimes against Kosovo Albanians in 1999.

The defense has devoted most of its brief to the findings of the Trial Chamber about the joint criminal enterprise whose purpose was to change the ethnic composition of Kosovo through crimes against Albanians and the part General Djordjevic played therein. The defense contends that the Trial Chamber erred when it concluded that the actions of the Serbian army and police in Kosovo in 1999 represented a systematic and widespread attack against Albanian civilians. Insisting on the same argument they had put forward during the trial, the defense lawyers claim that the Trial Chamber underestimated the threat of the KLA and the NATO to which the Serb side had to respond. The defense also contests the conclusions in the judgment that the Serbian MUP was involved in the effort to arm the non-Albanian civilians on Kosovo, that the army and the police operated in "coordination’ in the province and that ‘disproportionate force’ was used in the attacks on Albanian villages.

The notice of appeal states that ‘no reasonable trial chamber’ could conclude based on the evidence that in 1999 Djordjevic had jurisdiction over police officers who had committed crimes. The defense maintains that the jurisdiction of the accused over the police officers in the province was significantly diminished after 16 June 1999, when the MUP Staff for Kosovo was established. General Sreten Lukic was appointed its head. The defense didn’t deny the role of the accused in relation to the Scorpions unit, whose members executed 19 women and children in Podujevo. The Trial Chamber didn’t take into consideration the fact that the unit was withdrawn from Kosovo immediately after the crime and that the accused was not responsible for the investigation, the defense notes. At the same time, this example could not lead to the conclusion that Djordjevic had authority over all the paramilitary units sent to Kosovo as part of the police, the defense argues.

The defense focused in particular on the findings of the judgment that Djordjevic ‘significantly contributed’ to the efforts to transfer the bodies of Albanian civilians to several locations in Serbia to cover up the crimes. The defense notes that on the one hand covering up a crime doesn’t necessarily represent a "contribution to the joint criminal enterprise’. There is no other evidence that a plan to transfer bodies existed and that the president of the FR Yugoslavia Slobodan Milosevic ordered it. In its notice of appeal the defense also states that Djordjevic’s role in the transfer of the bodies of Albanian civilians from Kosovo to various locations in Serbia was ‘unreasonably" overestimated.