Former assistant justice minister in the Pale government says that Serbs kept prisoners in Vogosca and Ilijas ‘in poor conditions’, in a World War II bunker and a warehouse where detainees were ‘crammed in like sardines’ 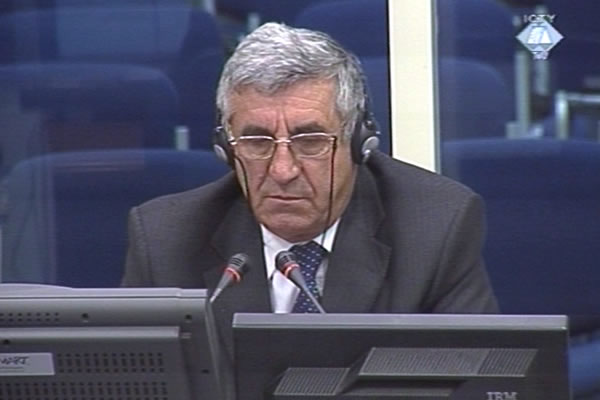 In June 1992 Avlijas was a member of the team minister Momcilo Mandic sent to Ilijas and Vogosca to check with the local authorities about ‘the negative stories’ in the Sarajevo media about civilians kept imprisoned, a large number of murders in those two municipalities and ‘bodies floating down the river’. Meetings held in both places confirmed that there were Muslim detainees, but the team was told that they had been captured in the fighting.

Branko Vlaco was at the meeting in Vogosca; he introduced himself as the chief of security for detained persons. The witness saw prisoners in front of a bunker that had been constructed in World War II. Avlijas didn’t go inside but said he was ‘horrified’ because he knew the bunkers ‘were not made for living’; they had very little light and the conditions inside were ‘very bad’.

That same day, Avlijas visited Ilijas. Because of his experience in Vogosca, Avlijas demanded that the local leadership show him the conditions in which prisoners were held. The prisoners in Ilijas were crammed in ‘like sardines’ in a warehouse. The witness couldn’t estimate their number. Avlijas talked briefly to some of them who had recognized him; they tried to find out when they would be released. Avlijas claims he didn’t even try to find out how those people ended up being detained by the Serbs. Avlijas informed minister Mandic about his visit.

The prosecutor showed a document the witness signed in July 1992 appointing Branko Vlaco as warden of a department of the Butimir prison, located in Planjina Kuca in Vogosca. The prosecutor asked Avlijas how he could appoint someone warden of the camp he himself ‘loathed’, and the witness explained that he ‘just signed’ the decision that had already been agreed between minister Mandic and the local crisis staff. Avlijas continues his evidence tomorrow.

Ewa Tabeau, prosecution’s expert demographer, completed her evidence today, after she was cross-examined by the defense of the former Bosnian Serb police minister Mico Stanisic. Lawyer Slobodan Cvijetic asked the judges to reject Tabeau’s expert reports in their entirety or to accord them little evidentiary value. The presiding judge had to limit the time for the cross-examination, saying that the defense focused on irrelevant issues and ‘failed to probe the credibility of reports or the expertise of the witness’.

The defense lawyer claimed that the statistics about the number of victims killed in Bosnia was a ‘grey zone’ where figures varied from 500,000 to 25,000. Tabeau emphasized that no expert ever mentioned the figure of 500,000 victims, adding that she didn’t want to make any comments about various manipulations. She noted that after years of research, the OTP came up with the number of 90,000 to 100,000 deaths. Each victim ‘can be documented’, Tabeau said.