Stojan Zupljanin’s defense counsel didn’t show up in court today because the Belgrade Bar Association is on strike. When defense counsel was appointed to him by the court, Zupljanin spent the whole hearing on his feet in protest 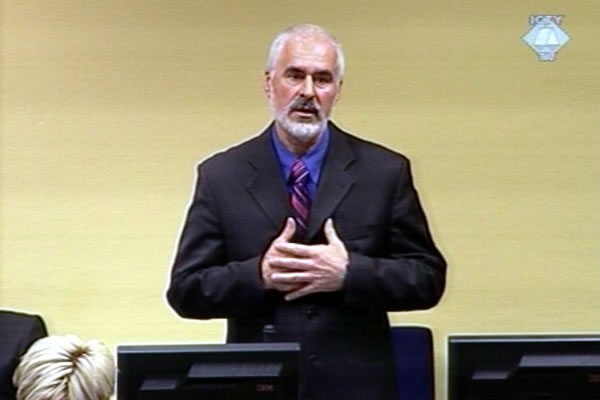 Belgrade lawyers Igor Pantelic and Dragan Krgovic, Stojan Zupljanin’s representatives, and Slobodan Zecevic, who is defending Stanisic, didn’t appear in the courtroom today because the Serbian Bar Association had decided to go on strike. The Trial Chamber concluded that the strike was motivated by financial and not legal reasons: the lawyers went on strike because of tax issues. This prompted the Trial Chamber to appoint British lawyer Karim Khan as temporary counsel to Zupljanin. Mico Stanisic, the first-accused in the case, was represented by his co-counsel Slobodan Cvijetic, lawyer from Bijeljina in BH.

The accused Zupljanin objected to the appointment of defense counsel, arguing that defense lawyer Khan ‘walked in from the street and knows nothing about the case’. Noting that he has legal training, Zupljanin asked for permission to be more involved in the proceedings instead of, as he put it, ‘sitting as a wax statue and staring around the courtroom’.

Protesting against the appointment of counsel, Zupljanin decided to remain standing until the end of the hearing, when he stated he would refuse to attend the trial until his counsel returned to the courtroom. As indicated by the Serbian Bar Association, the strike should end by Thursday, 12 November 2009.

The hearing went on in closed session and the protected witness testifying under the pseudonym ST-144 concluded the evidence he began last Friday. Stanisic and Zupljanin are charged with crimes the Serb police committed against Croats and Muslims in 20 BH municipalities in 1992.