SESELJ PLEADS NOT GUILTY TO CONTEMPT OF COURT

During his initial appearance before Judge Kevin Parker, Serbian Radical Party leader has entered a plea of not guilty to a new indictment charging him with contempt of court for disclosing the identity and testimony of protected witnesses in a book he has written 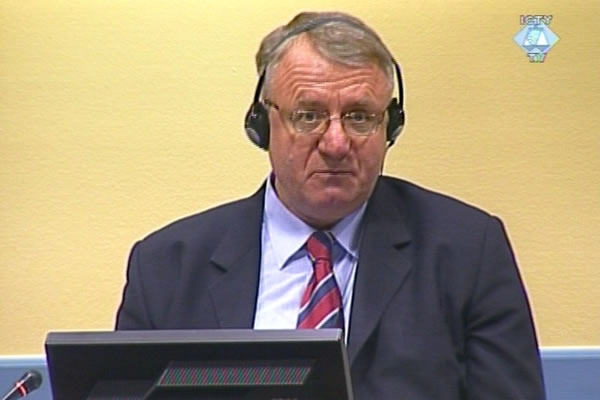 Vojislav Šešelj na procesu za nepoštovanje suda
The Serbian Radical Party leader Vojislav Seselj pleaded not guilty to all counts in the indictment charging him with contempt of court. Seselj is charged with intentional and deliberate obstruction of justice because he disclosed the identity and testimony of protected witnesses who testified at his trial for crimes against humanity in Croatia, Vojvodina and BH. The trial has been adjourned until further notice because of the intimidation of witnesses and threat to the integrity of the process. The Serbian Radical Party leader today returned to the courtroom to enter his plea on the new indictment.

Although Judge Parker stressed the advantages of professional legal representation, Seselj remained adamant he wanted to represent himself in this case too. Seselj only asked to be permitted to sit in the ‘first row’, at the defense bench, so as to be ‘visually equal to the prosecutor’.

The prosecution will be represented by Canadian lawyer Bruce MacFarlane as the prosecutor amicus curiae in the contempt of court case.

As the 20-minute hearing drew to a close, Judge Parker expressed his hope that the second trial of Vojislav Seselj will start soon.