The Trial Chamber today delivered its judgment in the case against Rasim Delic. They decided, with a majority of votes, presiding judge Moloto dissenting, that the former commander of the BH Army General Staff had effective control over the members of the El Mujahid Detachment, but had no knowledge of the crimes they committed, although in one case he had reason to know of their tendency to treat prisoners of war cruelly 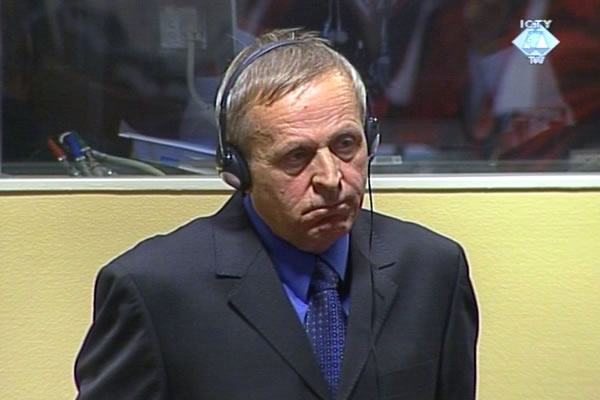 Rasim Delic listening to the judgment being delivered
Rasim Delic, former commander of the BH Army General Staff, was sentenced to three years of prison for failure to prevent or punish the cruel treatment of captured Serb soldiers in the village of Livade and in the Kamenica camp near Zavidovici in July and August 1995 at the hands of the Mujahideen.

The Trial Chamber was unanimous in its conclusion that the prosecution managed to prove beyond reasonable doubt that the crimes Delic was charged were actually committed: the murder of 24 HVO members in the Malina and Bikosi area near Travnik in June 1993, cruel treatment of 12 captured Serb soldiers and their murder in the village of Livade and in the Kamenica Camp in July and August 1995 and the murder of 52 Serb soldiers and cruel treatment of ten other prisoners, including three women, in the village of Kesten and in the Kamenica camp in September 1995. The Trial Chamber found that all the crimes listed in the indictment were committed by the El Mujahid Detachment; the prosecution managed to prove that beyond reasonable doubt. The only exception is the murders in the village of Bikosi, where the prosecution failed to prove which Mujahideen unit the perpetrators belonged to.

Although the Trial Chamber found that Delic had effective control over the Mujahideen detachment which was formally part of the BH Army 3rd Corps, the majority in the Chamber was not satisfied that the accused commander of the General Staff knew about the capture and killing of Serb soldiers in the summer of 1995. Moreover, as the Trial Chamber concluded, Delic had no reason to know that the members of the El Mujahid Detachment might kill prisoners of war as 'the information about the propensity of EMD members to commit crimes had not been sufficiently alarming to put him on notice that the crime of murder might be committed by such members”.

The only case where the judges found Delic 'had reason to know' was the case of cruel treatment of 12 captured Serb soldiers in the village of Livade and in the Kamenica camp in July and August 1995. Delic was thus found guilty of cruel treatment; in one incident, ten soldiers were forced to kiss the severed heads of two of their fellow-fighters.

On her way out of the courtroom, Delic's defense counsel Vasvija Vidovic said she was ' not happy with the judgment for same reasons that made presiding judge Moloto put in his separate opinion'. ‘I don’t doubt the outcome of the appeal, she said, adding she was sorry that 'the general will have to remain in the Detention Unit until the end of the appellate proceedings'.

Rasim Delic has spent 488 days in the Tribunal's Detention Unit; he is entitled to credit for this time.