What did Ljube Boskoski do to “find out as soon as possible the truth about the events in the village of Ljuboten”? The defense of former Macedonian interior minister began its case with the testimony of Sofija Galeva who was given the task to collect all Interior Ministry documents related to the events in Ljuboten on 12 August 2001 and the investigation that followed 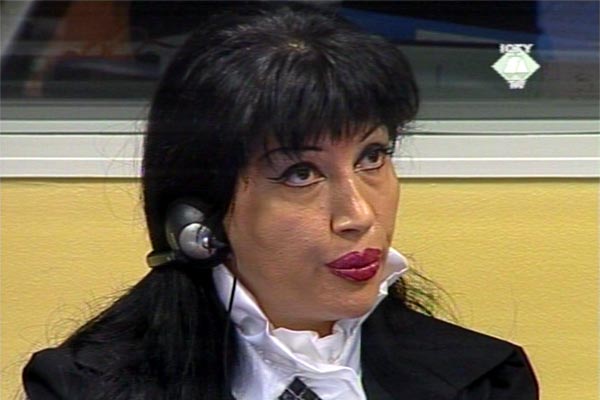 Sofija Galeva, defense witness for Ljubeta Boskoski
The defense of Ljube Boskoski, former Macedonian interior minister, began its case by calling Sofija Galeva, former Interpol trainee in Macedonia. In April 2002, she was given a task to monitor the process of exhumation of Albanian victims in Ljuboten. Through her testimony, the defense wants to show that minister Boskoski took all ‘necessary and reasonable’ measures to investigate the crimes committed in Ljuboten on 12 August 2001.

When she met with Goran Mitevski, head of the Office of Public Security, and minister Ljube Boskoski in mid April 2002 she was given details of her task. By that time, the exhumation of Ljuboten victims was well underway. Galeva was told to collect all the materials related to the Ljuboten case in possession of the Interior Ministry.

According to Galeva, minister Boskoski showed ‘a great deal of interest’ in her work. Because of the media speculation, he was keen ‘to find out the truth about the Ljuboten events’. In the meantime, Galeva was transferred to the office of the minister. In June 2002, she became an advisor there.

The witness claims she contacted many of the persons and bodies involved in any way in the Ljuboten case and the investigation that followed. She collected a number of documents pertaining to Ljuboten ranging from the report of the commission set up to investigate the crime and Boskoski’s initiative to exhume the victims to official notes describing the formal exhumation procedure. She delivered everything she compiled to minister Boskoski, head of public security Mitevski and public prosecutor Djikov. She doesn’t know what the judicial bodies did with the documents.

Sofia Galeva’s examination-in chief was completed today. Tomorrow she will be cross-examined by the prosecutor.