Lieutenant Ramadan Beluli, the unwilling prosecution witness testifying at the trial of three former KLA members, is trying to place his evidence outside of the timeframe of the indictment 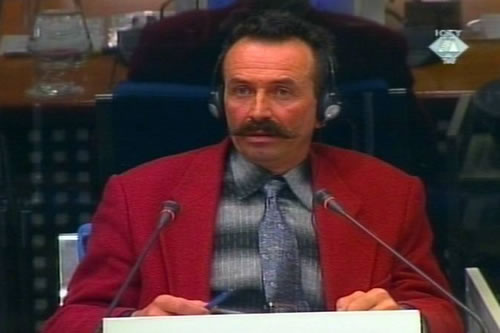 Ramadan Beluli, witness in the Limaj trial
In an interview with the OTP investigators in April 2003, Ramadan Beluli, a lieutenant in the Kosovo Protection Force Guards Battalion, stated among other things that in the spring of 1998 the KLA Main Staff for the Pastrik area had been located in Klecka, and that Fatmir Limaj had been the commander of the area. In June that year, when the number of troops increased and when they received the arms shipments from Albania, it was apparent that the KLA was “functioning like a real army”, he added.

As those statements corroborate the prosecution argument about the command position occupied by the accused Fatmir Limaj, the prosecution applied for and got a binding order for Beluli to testify at the trial of three former KLA members, accused of the crimes in the Lapusnik camp between May and July 1998.

At the beginning of his testimony, Beluli said that he had “many objections” to the transcript of his interview with the investigators in April 2003, that some things were “written wrongly”, others were “omitted” and yet others “added in”. The prosecutor replied that the witness should not be concerned about that, as the OTP had the video tapes of the interview.

Since Beluli tried to move everything he had said to the investigators about the KLA’s situation in the spring or June and July of 1998 to the period of the late summer or fall of that year - which would put the facts outside of the timeframe of the indictment - the judges allowed the prosecutor to cross-examine its unwilling witness and to confront him with the transcripts and video recording of his statement made in April 2003.

After the prosecutor showed him the video recording of the controversial parts of his interview, Beluli said that he did not deny that the Main Staff had been in Klecka, but that he was “not sure about the time”, maintaining his disagreement with the transcript. He says that in the meantime he has found his membership card for the Ruzdi Salihu Brigade, issued on 18 August 1998, which leads him to conclude that Limaj could not have been the commander of the Pastrik zone before August that year, when the KLA brigades and battalions were established. Beluli claims that before that, Limaj could have been the commander of the “checkpoint”, not of the Main Staff in Klecka.

Maintaining resolutely that what he had said to the investigators about the spring of 1998 in fact pertained to the late summer or fall of that year, Beluli explained how in his interview with the investigators, he had not been “concentrating on months, but on years” and that some of the things he had said then were things he had “not known with certainty” but had been expressing “his personal view and conjecture.” 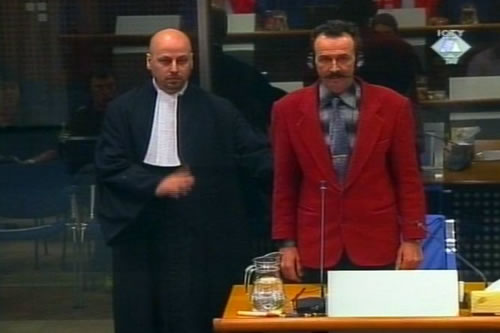